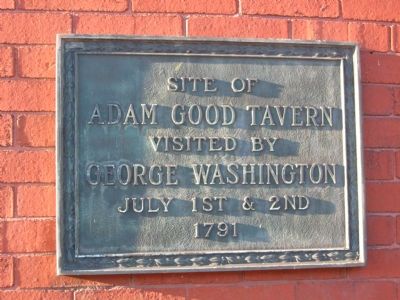 Topics and series. This historical marker is listed in these topic lists: Colonial Era • Industry & Commerce • Patriots & Patriotism. In addition, it is included in the Former U.S. Presidents: #01 George Washington, and the George Washington Slept Here series lists. A significant historical date for this entry is July 1, 1883. 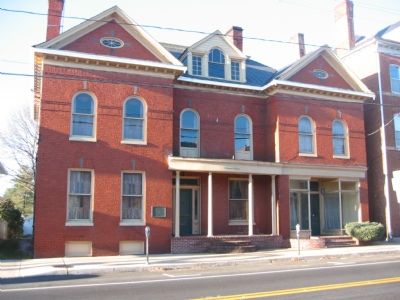 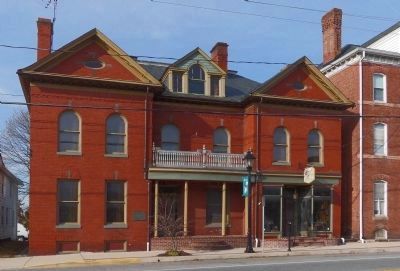 By Allen C. Browne, January 2, 2015
3. Hagan House
6-8 Frederick Street
“The present building dates from 1890, when N. B. Hagan occupied the house. He had a confectionery/grocery store. The business section has served as a soda fountain/bowling alley, printing business, restaurant and antique shop. The building is a Classical Revival style in an "H" shaped plan.” -- Taneytown Walking Tour Pamphlet. 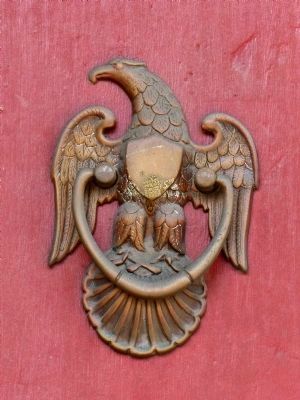 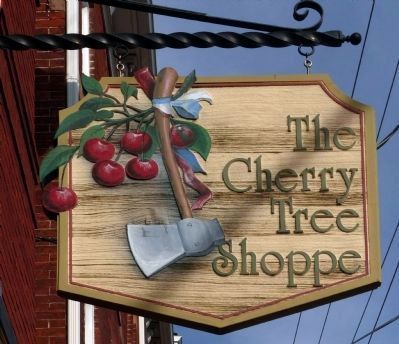 By Allen C. Browne, January 2, 2015
5. The Cherry Tree Shoppe
This store occupies store front in the north side of Hagan House. 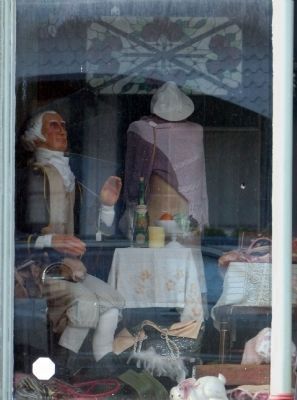 Editor’s want-list for this marker. Historical photograph of the tavern. • Can you help?
Share This Page.