The Battle of Buffington Island

— Dedicated to Confederate Forces and Leaders — 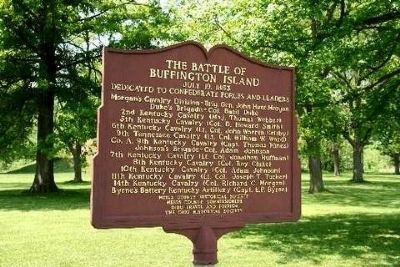 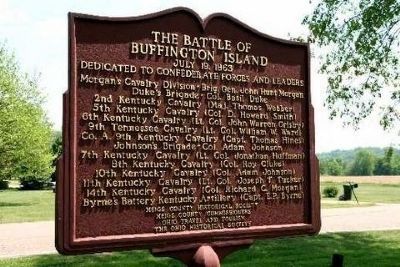 Photographed By Jamie Abel, circa 2007
2. The Battle of Buffington Island Marker
(Side B) The same text appears on both sides.

Click or scan to see
this page online
miles south of Local Highway 153, on the left when traveling north. Touch for map. Marker is at or near this postal address: 56902 Ohio 124, Portland OH 45770, United States of America. Touch for directions. 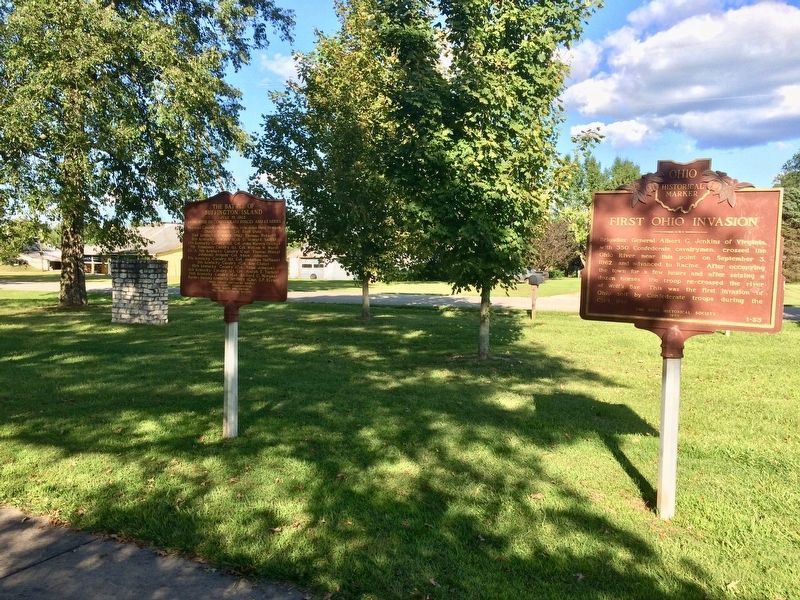