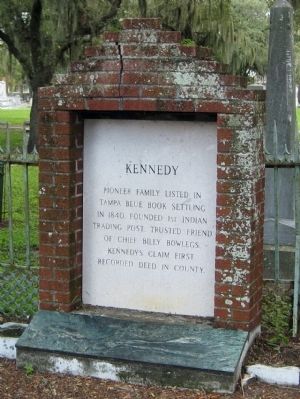 Topics. This historical marker is listed in these topic lists: Native Americans • Settlements & Settlers. A significant historical year for this entry is 1840.

Location. 27° 57.261′ N, 82° 27.466′ W. Marker is in Tampa, Florida, in Hillsborough County. Marker can be reached from North Morgan Street north of East Harrison Street, on the right when traveling north. Touch for map. Marker is at or near this postal address: 606 East Harrison Street, Tampa FL 33602, United States of America. Touch for directions. 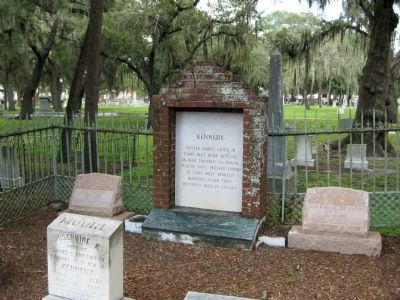 More about this marker. The marker is located in the Oaklawn Cemetery, at the rear of the Kennedy family plot, which is enclosed by an iron fence.

Regarding Kennedy. Nine members of the Kennedy family are buried in the plot at Oaklawn, including family patriarch Thomas P. Kennedy, who died in 1858. The oldest graves in the plot are those of infant twins James M. and John D. Kennedy, who were born in October, 1852. James lived just two days, while John died in February the next year. 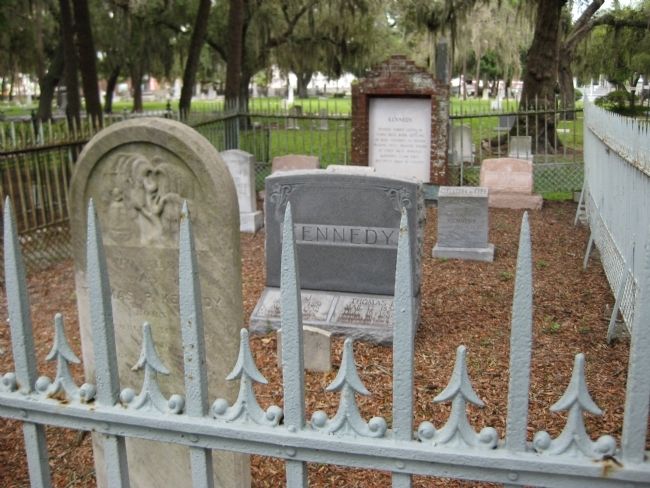 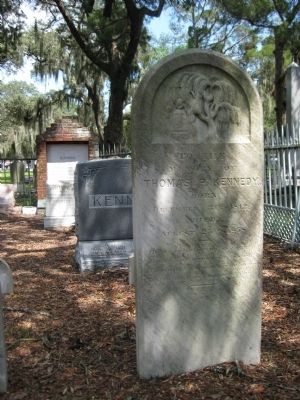