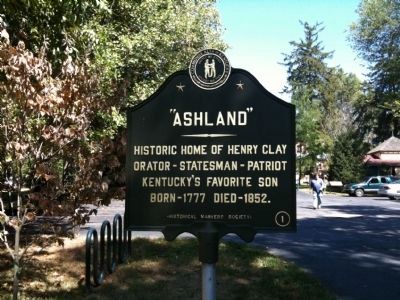 Topics and series. This historical marker is listed in this topic list: Notable Buildings. In addition, it is included in the Kentucky Historical Society series list.

Location. 38° 1.745′ N, 84° 28.848′ W. Marker is in Lexington, Kentucky, in Fayette County. Marker can be reached from Sycamore Road just from Richmond Road. Touch for map. Marker is in this post office area: Lexington KY 40502, United States of America. Touch for directions. 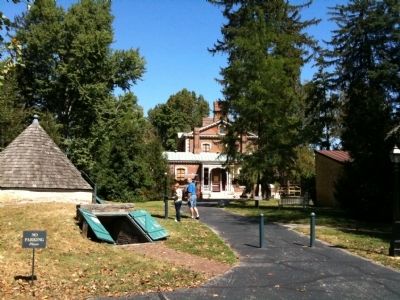 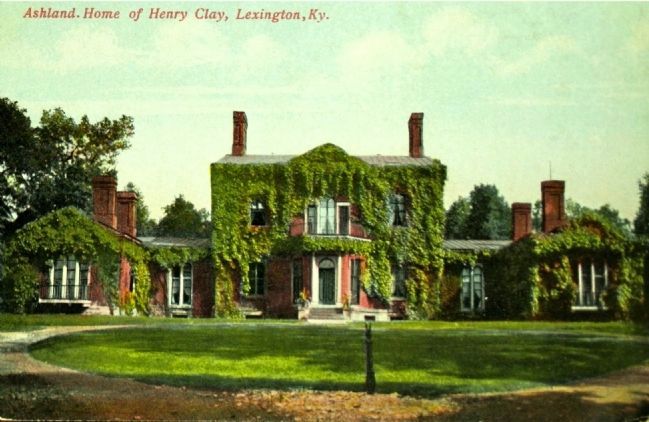 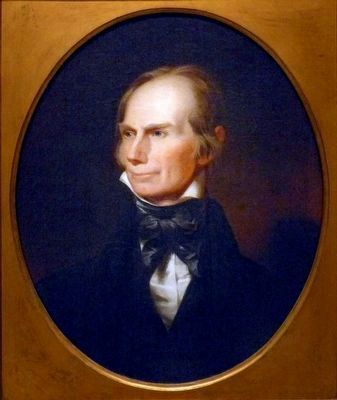 “His admirers called him ‘Gallant Harry,‘ and his impetuous charm made him quite possibly the most beloved politician of his generation. But the real legacy of Kentucky's Henry Clay was his unstinting devotion, in the House of Representatives and later in the Senate, to maintaining a strong American union. In the early 1830s, as southern states threatened to nullify federal authority over a tariff bill that would have hurt plantation economies, Clay set aside his own preference for the new law to orchestrate a compromise. In 1850, with the North and South on the verge of armed conflict over the extension of slavery into the new western territories, Clay again stepped in with proposals that, temporarily at least, satisfied both sections. This last act of his career earned him the title of Great Pacificator.”
Credits. This page was last revised on June 16, 2016. It was originally submitted on September 17, 2010, by Matt Carter of Lexington, Kentucky. This page has been viewed 1,024 times since then and 16 times this year. Photos:   1, 2. submitted on September 17, 2010, by Matt Carter of Lexington, Kentucky.   3. submitted on November 18, 2014.   4. submitted on October 16, 2015, by Allen C. Browne of Silver Spring, Maryland. • Bill Pfingsten was the editor who published this page.
Share This Page.