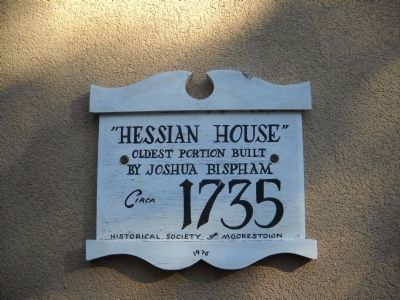 Photographed By Bill Coughlin, September 18, 2010
1. “Hessian House” Marker
Inscription.
“Hessian House”. .
Oldest portion built by Joshua Bispham Circa 1735. . This historical marker was erected in 1976 by Historical Society of Moorestown. It is in Moorestown in Burlington County New Jersey

Erected 1976 by Historical Society of Moorestown.

Topics. This historical marker is listed in these topic lists: Colonial Era • War, US Revolutionary. A significant historical year for this entry is 1735. 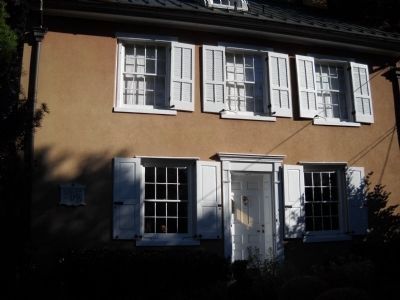 Photographed By Bill Coughlin, September 18, 2010
2. Moorestown Marker
Marker can be seen here on the left front of the house. 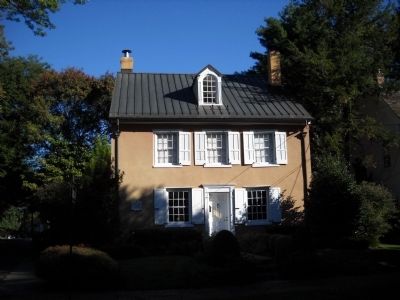