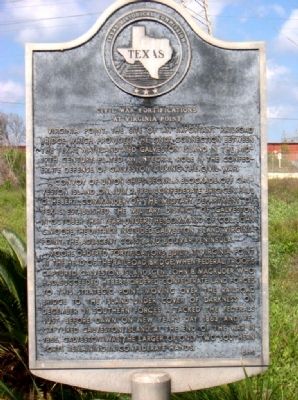 Virginia Point, the site of an important railroad bridge which provided the only connection between the Texas mainland and Galveston Island in the mid-19th century, played an integral role in the Confederate defense of Galveston during the Civil War.

A convoy of Union ships began a blockade off Galveston Island on July 2, 1861. Confederate Brig. Gen. Paul O. Hebert, commander of the Military Department of Texas, established the Military District of Galveston in October that year. Under the command of Col. John C. Moore, the district included Galveston Island, Virginia Point, the adjacent coast, and Bolivar Peninsula.

Moore ordered fortifications built at Virginia Point at the head of the railroad bridge. When Federal troops captured Galveston Island, Gen. John B. Magruder, who had succeeded Hebert, ordered Confederate land forces to this strategic point. Moving over the railroad bridge to the island under cover of darkness on December 31, southern forces attacked the Federals just before dawn on New Year's Day 1863 and recaptured Galveston Island. At the end of the war in 1865, Galveston was the larger of only two southern ports 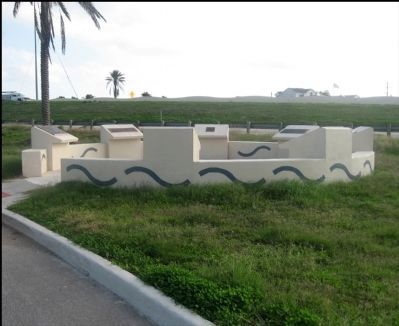 Photographed By Jim Evans, November 24, 2011
2. Civil War Fortifications at Virginia Point Marker
This dedication of the Causeway Bridge is just across the road from The Virginia Point marker

Click or scan to see
this page online
remaining in Confederate hands. Incise on reverse: Researched by Ft. Virginia Point Chapter, United Daughters of the Confederacy.

Topics and series. This historical marker is listed in these topic lists: Forts and Castles • Railroads & Streetcars • War, US Civil. In addition, it is included in the United Daughters of the Confederacy series list. A significant historical month for this entry is July 1862.

Location. Marker has been reported missing. It was located near 29° 18.247′ N, 94° 54.117′ W. Marker was near La Marque, Texas, in Galveston County. Marker was on Interstate 45 Frontage Road, on the left when traveling south. At the north end of the highway causeway (bridge) to Galveston Island, on the east frontage road. Touch for map. Marker was in this post office area: La Marque TX 77568, United States of America. Touch for directions. 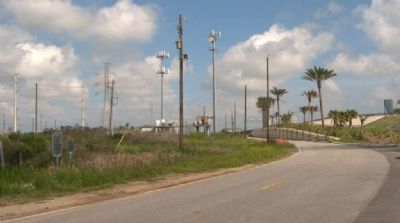 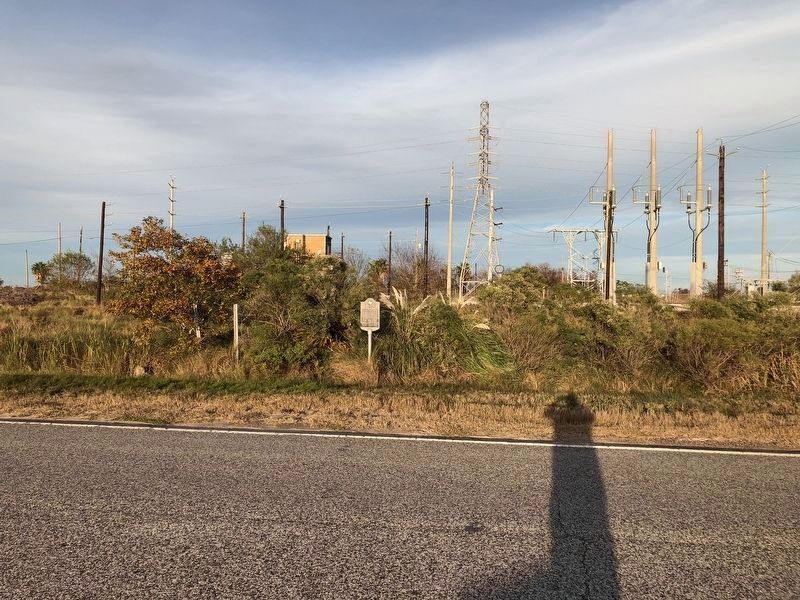