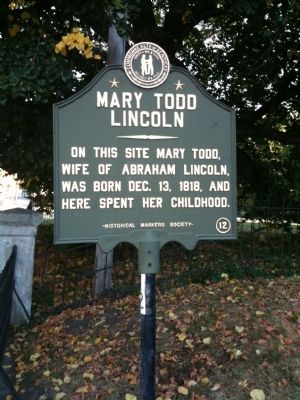 On this site Mary Todd, wife of Abraham Lincoln, was born Dec. 13, 1818, and here spent her childhood.

Topics and series. This historical marker is listed in these topic lists: Notable Buildings • Women. In addition, it is included in the Former U.S. Presidents: #16 Abraham Lincoln, and the Kentucky Historical Society series lists. A significant historical month for this entry is December 1814. 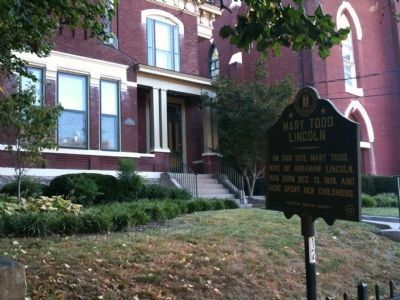 Click or scan to see
this page online
away); First Inauguration (about 700 feet away); School Of Medicine (about 800 feet away). Touch for a list and map of all markers in Lexington. 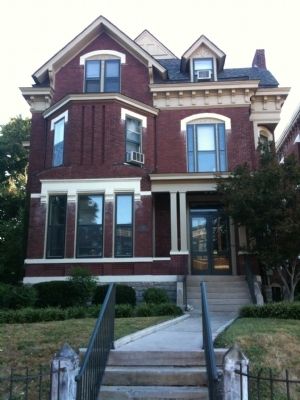