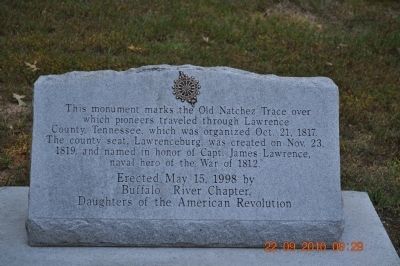 By Sandra Hughes, September 22, 2010
1. This Monument Marks The Old Natchez Trace Marker
Inscription.
This Monument Marks The Old Natchez Trace. . over which pioneers traveled through Lawrence County, Tennessee, which was organized Oct. 21, 1817. , The county seat, Lawrenceburg, was created on Nov. 23, 1819, and named in honor of Capt. James Lawrence, naval hero of the War of 18 12. , Erected May 15, 1998 . This historical marker was erected in 1998 by Buffalo River Chapter, Daughters of the American Revolution. It is Near Lawrenceburg in Lawrence County Tennessee

Erected 1998 by Buffalo River Chapter, Daughters of the American Revolution.

Topics and series. This historical marker is listed in these topic lists: Roads & Vehicles • War, US Revolutionary. In addition, it is included in the Daughters of the American Revolution, and the Natchez Trace series lists. A significant historical date for this entry is May 15, 1743.

Location. 35° 23.396′ N, 87° 32.054′ W. Marker is near Lawrenceburg, Tennessee, in Lawrence County. Marker can be reached from the intersection of Natchez Trace Parkway (at milepost 375.8) and Laurel Hill Road (Old Trace Drive), on the right when traveling north. Marker is located at the Old Trace Drive turnout. Touch for map. Marker is in this post office area: Lawrenceburg TN 38464, United States of America. Touch for directions.

Other nearby markers. At least 8 other markers are within 9 miles of this marker, measured as the crow flies. The Old Natchez Trace (a few steps from this marker); Natchez Trace 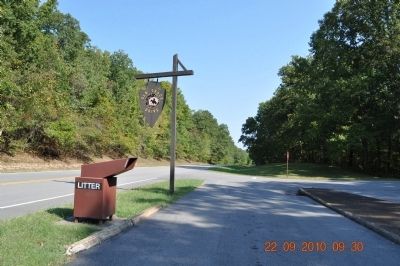 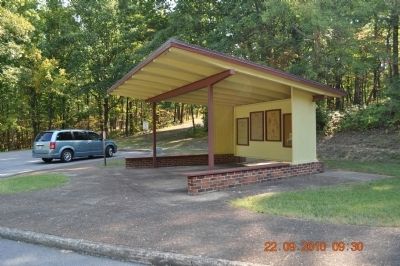 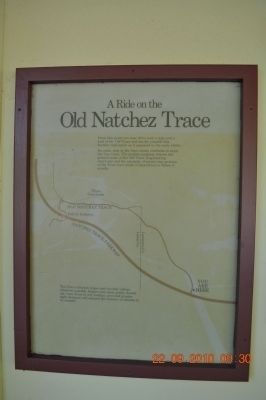 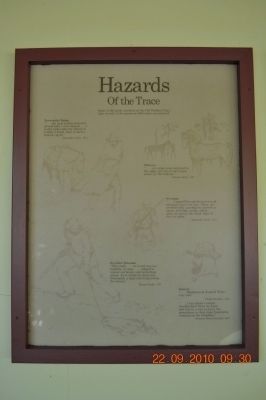 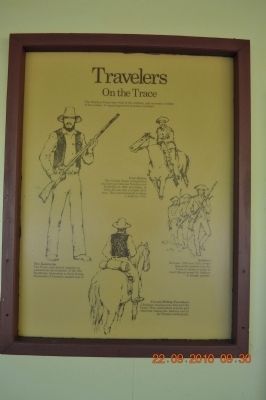 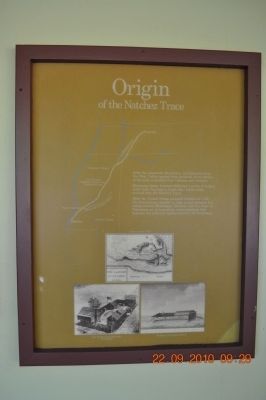 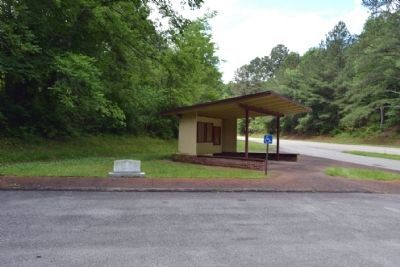