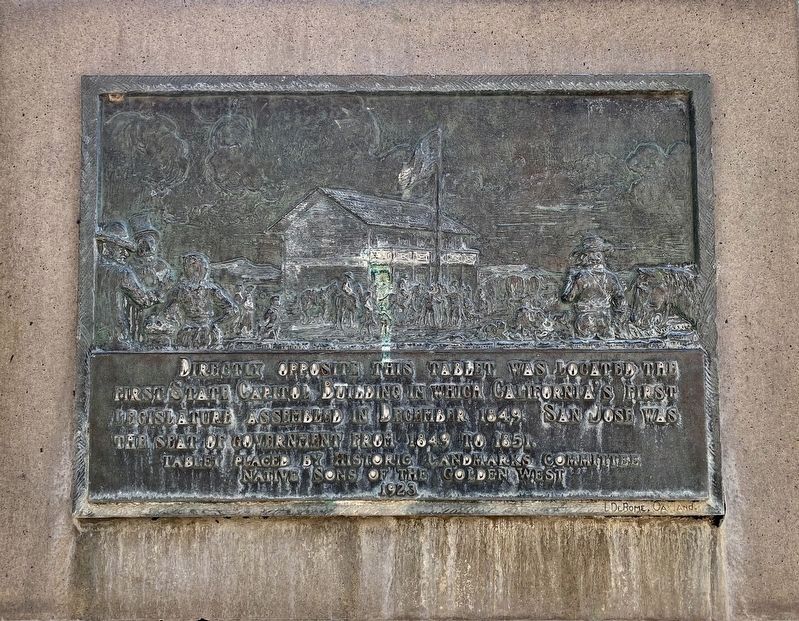 Directly opposite this tablet was located the first State Capitol Building in which California’s first legislature assembled in December 1849. San Jose was the seat of government from 1849 to 1851.

Topics and series. This historical marker is listed in these topic lists: Landmarks • Notable Buildings • Notable Events • Settlements & Settlers. In addition, it is included in the Native Sons/Daughters of the Golden West series list. 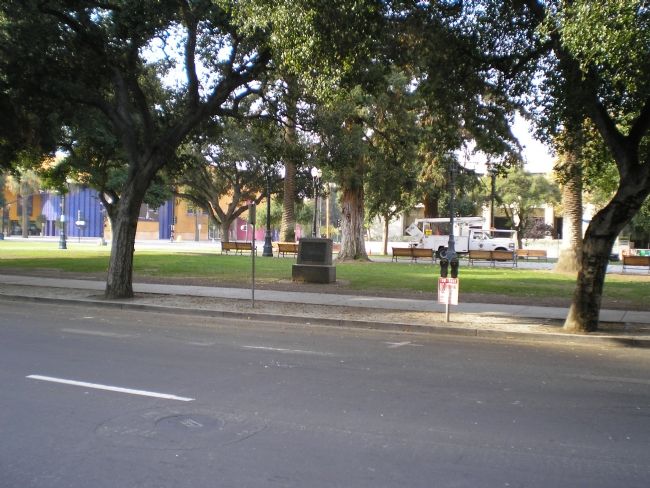