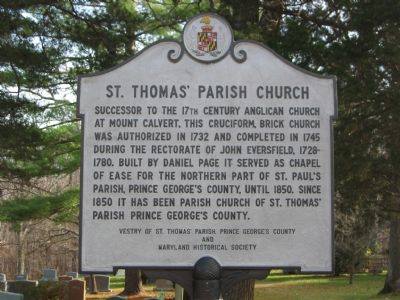 Side A
Successor to the 17th century Anglican Church at Mount Calvert, this cruciform, brick church was authorized in 1732 and completed in 1745 during the rectorate of John Eversfield, 1728-1780. Built by Daniel Page it served as chapel of ease for the northern part of St. Paul's Parish, Prince George's County, until 1850. Since 1850 it has been parish church of St. Thomas' Parish, Prince George's County.

Side B
Victorianized in the 1850/s it was partially restored following the detailed original contract 1955-58. Thomas John Claggett, first Bishop of Maryland, lived near here and served as priest in this church. Members of the Lord Proprietor's family are buried here. Always open for prayer and worship, the blessed sacrament has been continuously reserved for many years.

Topics. This historical marker is listed in these topic lists: Churches & Religion • Colonial Era. A significant historical year for this entry is 1732. 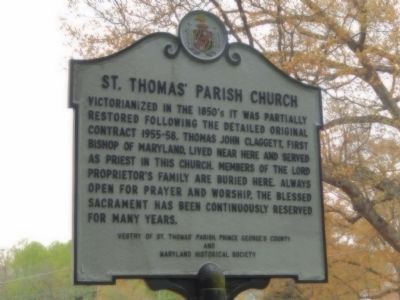 Other nearby markers. At least 8 other markers are within 3 miles of this marker, measured as the crow flies. Enemy Bluff (within shouting distance of this marker); Bishop Thomas John Claggett (about 300 feet away, measured in a direct line); St. Simon's Episcopal Mission (about 300 feet away); St. Simon's Mission, 1896 (about 700 feet away); Croom (approx. ¾ mile away); Bellefields (approx. one mile away); Shaded Reprieve (approx. 2½ miles away); Eastern Bluebird (approx. 2.6 miles away). Touch for a list and map of all markers in Croom. 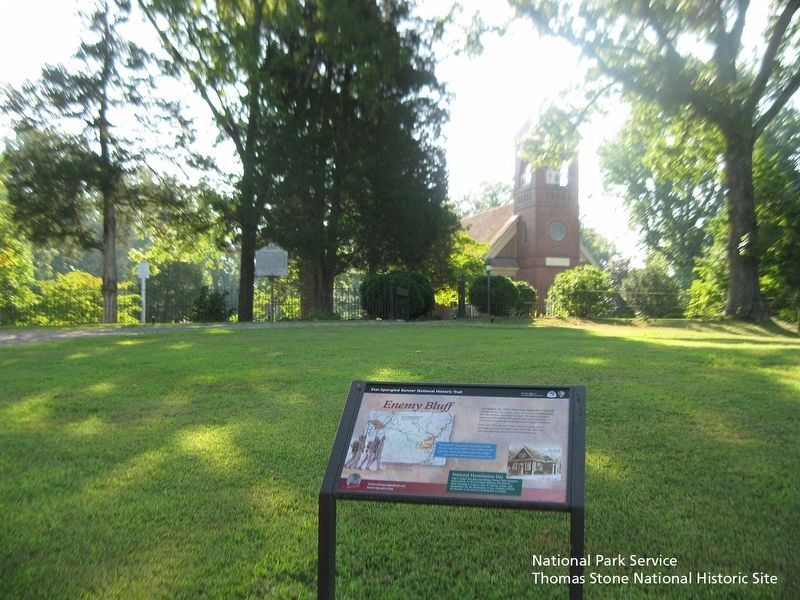 Photographed By David Lassman, May 11, 2008
3. St. Thomas' Parish Church Marker in background
The Enemy Bluff marker in the foreground and the exterior of the St. Thomas Church is also visible. 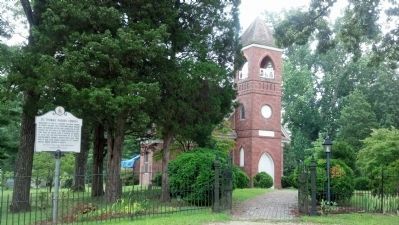 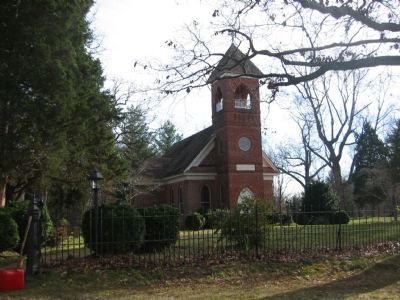 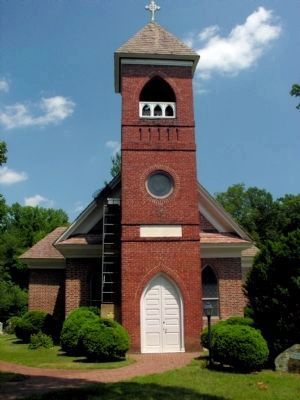 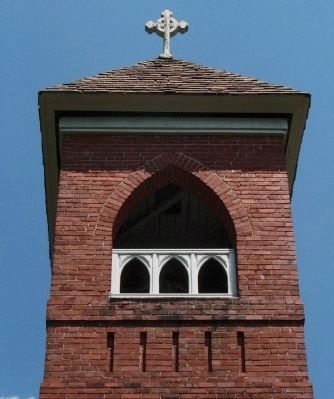 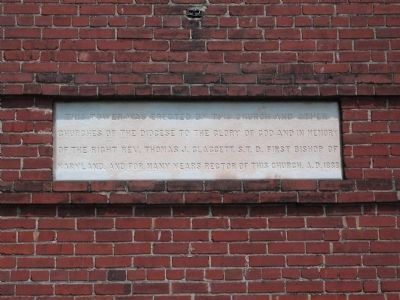 Photographed By Allen C. Browne, July 9, 2011
8. Inscription on the 1888 Church Tower
This Tower was erected by this church and other Churches of the diocese to the glory of God and in Memory of the Right Reverend Thomas J. Claggett S.T.D. First Bishop of Maryland, and for many years rector of this church. A.D. 1888 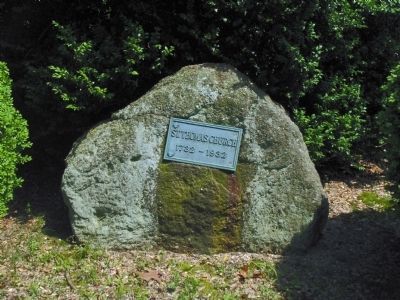 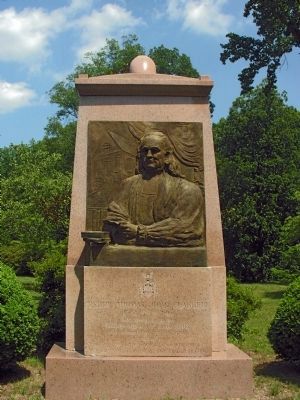 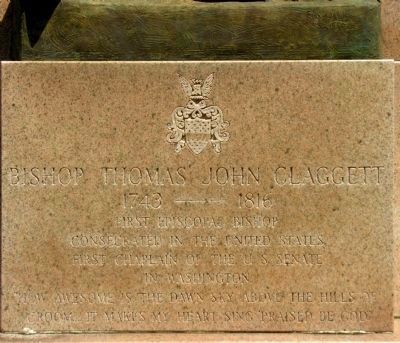 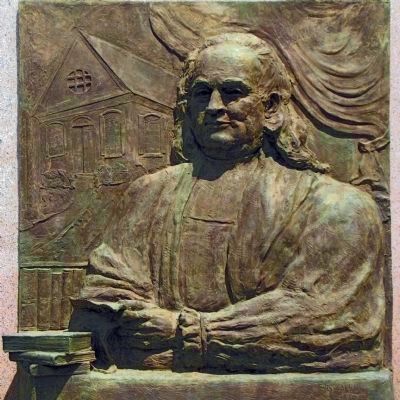