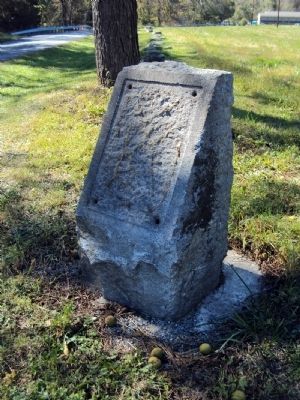 Topics and series. This historical marker is listed in this topic list: War, US Civil. In addition, it is included in the John Hunt Morgan’s Raid - Jefferson County, Ohio series list. A significant historical month for this entry is July 1854. 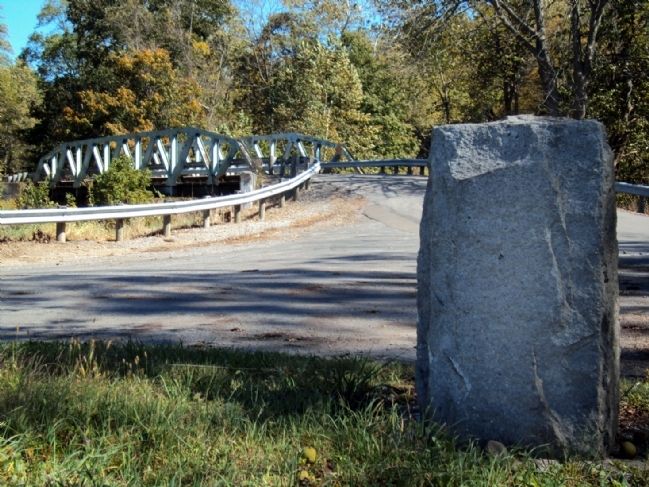 Additional commentary.
1. A little about the marker series:
On July 25-26, 1863, near the end of his Indiana-Ohio Raid, Confederate Gen. John Morgan's cavalry forces crisscrossed Jefferson County, Ohio. On the raid’s 50th anniversary, a Three Wars Celebration was held in Steubenville to honor Revolutionary War, Civil War and Spanish-American War soldiers. The Stanton Monument Association, originally formed to erect a statue of Lincoln War Secretary and Steubenville native Edwin Stanton (completed in 1911), organized the three-day 1913 extravaganza. Along the route of the Great Raid, 14 granite monuments were installed, each “about 1,800 pounds, being twenty inches square, resting on a concrete foundation, and four feet high, with a front bevel to receive a suitable bronze tablet 16x24 inches.”
— Submitted November 2, 2010, by Jamie Abel of Westerville, Ohio.
Credits. This page was last revised on March 2, 2022. It was originally submitted on September 27, 2010, by Jamie Abel of Westerville, Ohio. This page has been viewed 704 times since then and 19 times this year. Photos:   1, 2. submitted on September 27, 2010, by Jamie Abel of Westerville, Ohio. • Craig Swain was the editor who published this page.
Share this page.