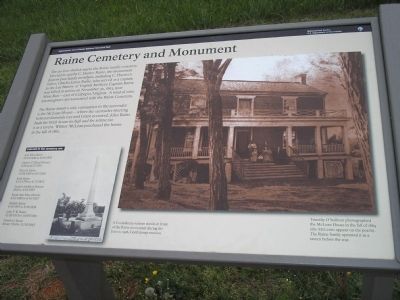 The 30-foot obelisk marks the Raine family cemetery. Erected in 1912 by C. Hunter Raine, the monument honors past family members, including C. Hunter’s father, Charles James Raine, who served as a captain in the Lee Battery of Virginia Artillery. Captain Raine was killed in action on November 30, 1863, near Mine Run – east of Culpeper, Virginia. A total of nine known graves are associated with the Raine Cemetery.

The Raine family’s only connection to the surrender is the McLean House – where the surrender meeting between Generals Lee and Grant occurred. John Raine built the brick house in 1848 and for a time ran it as a tavern. Wilmer McLean purchased the house in the fall of 1862. 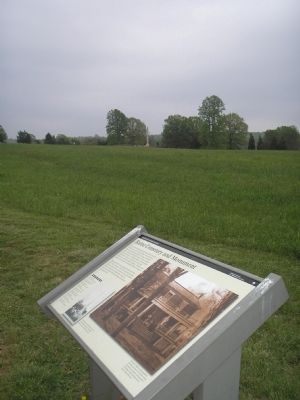 More about this monument. The right of the marker contains a photograph by Timothy O’Sullivan of “the McLean House in the fall of 1865 (the McLeans appear on the porch). The Raine family operated it as a tavern before the war.” The bottom left of the marker features a photograph of “A Confederate veteran stand[ing] in front of the Raine monument during the June 11, 1926, Confederate reunion.” 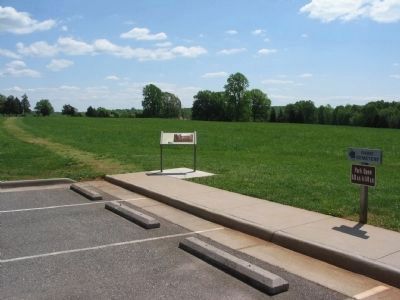 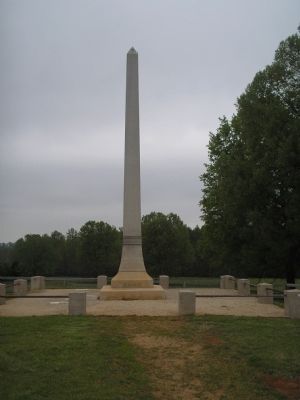