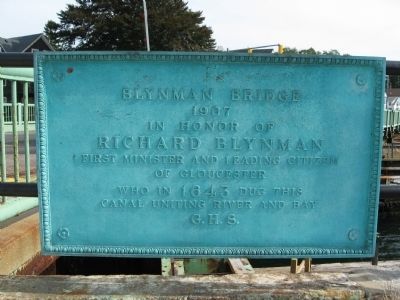 Blynman Bridge
1907
In Honor Of
Richard Blynman
First Minister and Leading Citizen
Of Gloucester
Who in 1643 Dug This
Canal Uniting River and Bay
G.H.S.

Topics. This historical marker is listed in these topic lists: Bridges & Viaducts • Waterways & Vessels. A significant historical year for this entry is 1907.

Location. 42° 36.585′ N, 70° 40.4′ W. Marker is in Gloucester, Massachusetts, in Essex County. Marker is at the intersection of Western Avenue (Massachusetts Route 127) and Perkins Road, on the right when traveling north on Western Avenue. Located in Stacy Boulevard Waterfront Park next to the Blynman Bridge and Canal. Touch for map. Marker is in this post office area: Gloucester MA 01930, United States of America. Touch for directions. 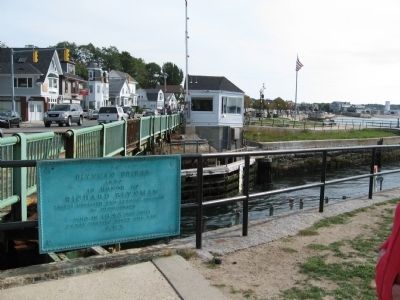 Photographed By Michael Herrick, September 26, 2010
2. Blynman Bridge Marker
On the opposite side of the Blynman Canal is the bridge tender's control house.

Regarding Blynman Bridge. Locally called the "Cut Bridge" this is one of the busiest drawbridges on the east coast, opening 60 times on some days.

Reverend Richard Blynman, a Welsh Puritan, organized First Parish Church in Gloucester in 1642. A businessman as well as a spiritual leader, he constructed the canal that bears his name.
The Blynman Bridge spans the Blynman Canal which connects Gloucester Harbor on the south and the Annisquam River, a tidal, salt-water estuary leading to Annisquam Harbor on the north. When constructed in 1643, the canal allowed fishing boats to safely cut across Cape Ann to Ipswich Bay, rather than sailing around at the mercy of the Atlantic Ocean.
After conflicts with other leaders of the parish in 1652, the disheartened Blynman, with some who remained of his followers, abandoned the inhospitable and ungodly people of Cape Ann and resettled in New London, Connecticut. 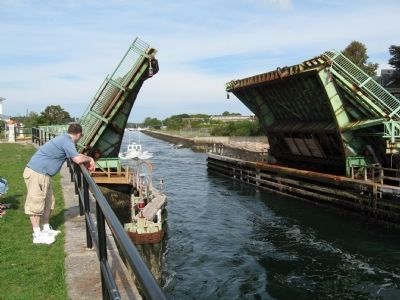 Photographed By Michael Herrick, September 26, 2010
3. Blynman Bridge
An outward bound boat in the Blynman Canal approaches the drawbridge.
1. The Cut Bridge
If someone askes the locals for the Blynman bridge, they’ll get funny looks, it is known universally as “The Cut Bridge.” Note To Editor only visible by Contributor and editor
— Submitted November 2, 2010. 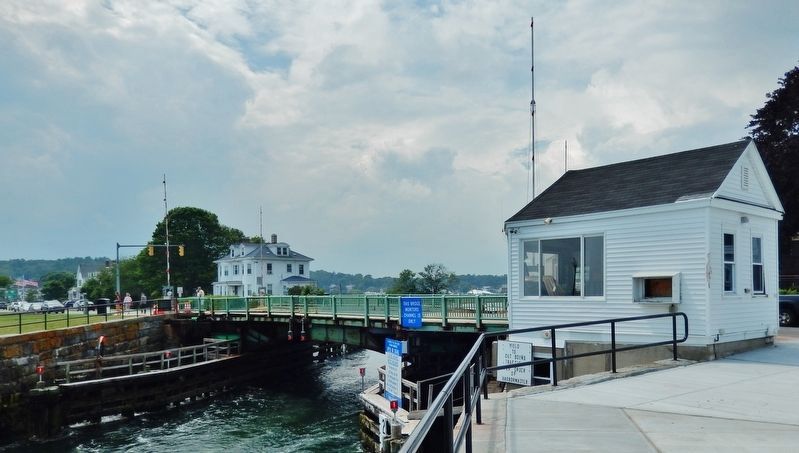 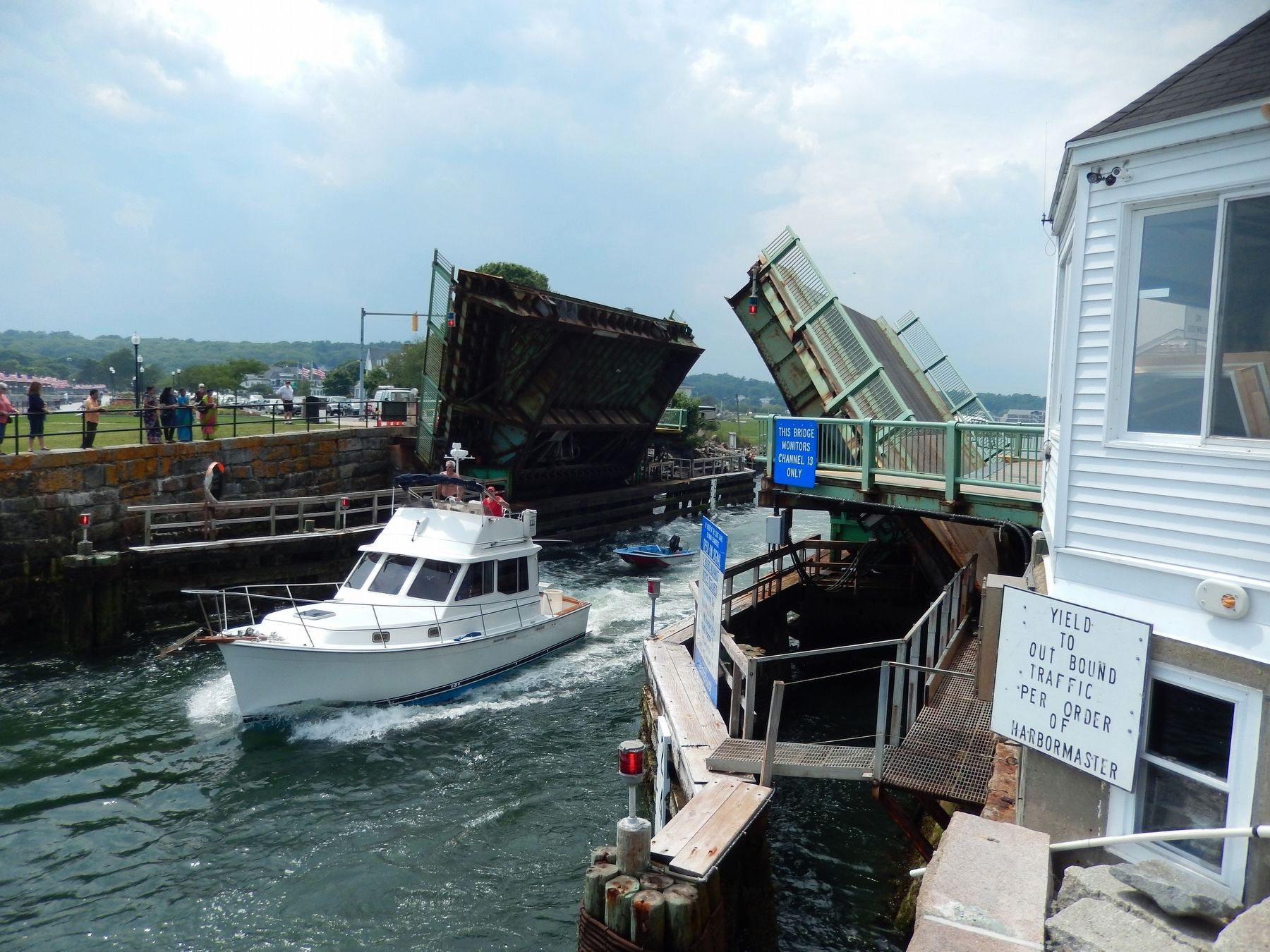