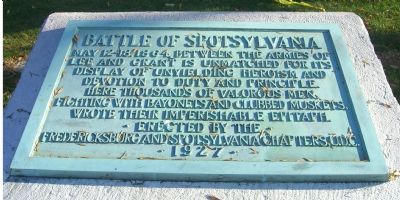 May 12 - 18, 1864, between the armies of Lee and Grant is unmatched for its display of unyielding heroism and devotion to duty and principle. Here thousands of valorous men, fighting with bayonets and clubbed muskets, wrote their imperishable epitaph.

Marker series. This marker is included in the Battlefield Markers Association, and the United Daughters of the Confederacy marker series. 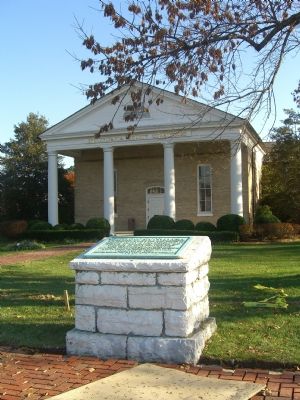 Related markers. Click here for a list of markers that are related to this marker. Battle of Spotsylvania - Stops Outside the Park 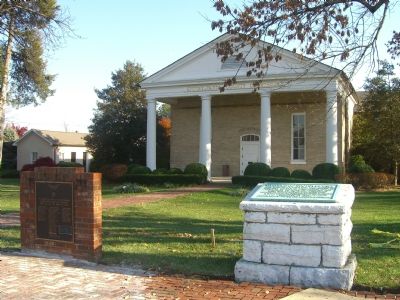 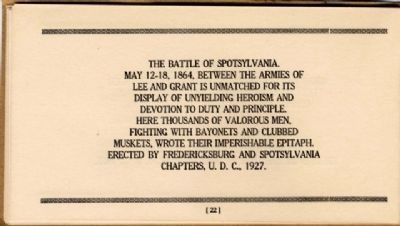