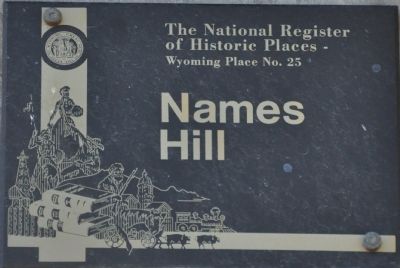 The National Register
of Historic Places
Wyoming Place No. 25

Location. 42° 10.593′ N, 110° 11.245′ W. Marker is near La Barge, Wyoming, in Lincoln County. Marker is on U.S. 189 5.6 miles south of State Highway 235, on the right when traveling south. The marker is on the west side of the road, across from a group of buildings on the east side of the highway and inside a chain link enclosure. Touch for map. Marker is in this post office area: La Barge WY 83123, United States of America. Touch for directions.

Other nearby markers. At least 3 other markers are within 5 miles of this marker, measured as the crow flies. Jim Bridger (here, next to this marker); Names Hill State Historic Site (within shouting distance of this marker); Seeds-Kee-Dee-Agie, Spanish River, Rio Verde, Green River (approx. 4.2 miles away). 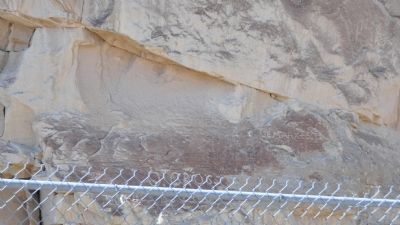 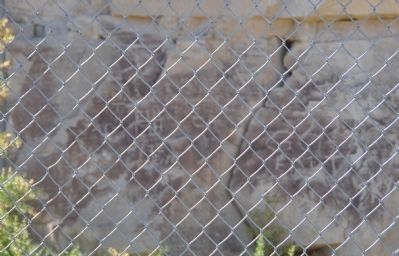