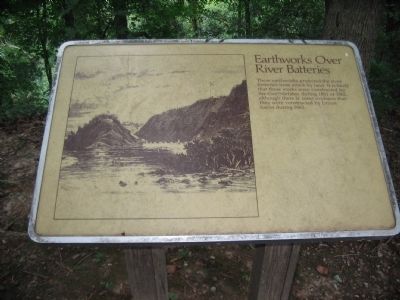 Photographed By Craig Swain, September 1, 2010
1. Earthworks Over River Batteries Marker
Inscription.
Earthworks Over River Batteries. . These earthworks protected the river batteries from attack by land. It is likely that these works were constructed by the Confederates during 1861 or 1862, although there is some evidence that they were constructed by Union forces during 1863. . This historical marker is Near Henning in Lauderdale County Tennessee

Topics. This historical marker is listed in these topic lists: Forts and Castles • War, US Civil. A significant historical year for this entry is 1861.

Location. 35° 38.695′ N, 89° 50.322′ W. Marker is near Henning, Tennessee, in Lauderdale County. Marker can be reached from Park Road (State Highway 207), on the right when traveling north. Located in the reconstructed fort in Fort Pillow State Park. The fort is reached by a mile long trail from the visitor center. Touch for map. Marker is in this post office area: Henning TN 38041, United States of America. Touch for directions. 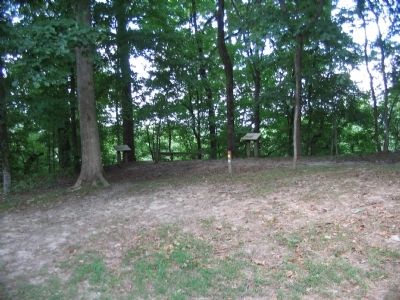 Photographed By Craig Swain, September 1, 2010
2. Markers on the River Side of Fort Pillow 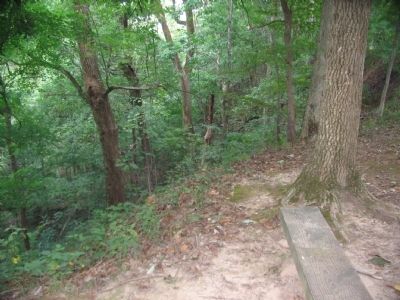