How Chicken Bone Beach Got Its Name 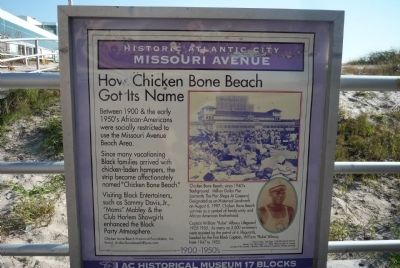 Between 1900 and the early 1950s, African-Americans were socially restricted to use the Missouri Avenue Beach Area. 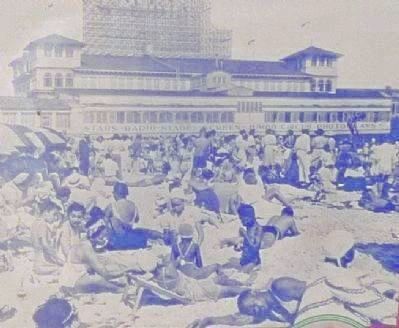 Photographed By Richard E. Miller, October 10, 2010
2. How Chicken Bone Beach Got Its Name Marker -
close-up of photo from the 1940s - view toward the Million Dollar Pier.

Topics. This historical marker is listed in these topic lists: African Americans • Entertainment • Landmarks • Waterways & Vessels. A significant historical year for this entry is 1900.