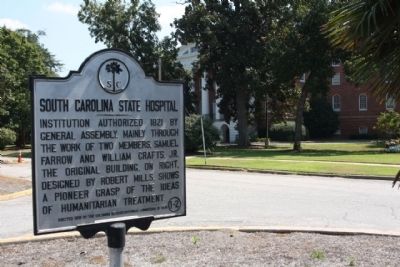 Photographed By Mike Stroud, September 19, 2010
1. South Carolina State Hospital Marker, and Mills Building
Inscription.
South Carolina State Hospital. . Institution authorized 1821 by General Assembly, mainly through the work of two members, Samuel Farrow and William Crafts, Jr. The original building, on right, designed by Robert Mills, shows a pioneer grasp of the ideas of humanitarian treatment. . This historical marker was erected in 1938 by The Columbia Sesquicentennial Commission of 1936 I-2. It is in Columbia in Richland County South Carolina

Institution authorized 1821 by General Assembly, mainly through the work of two members, Samuel Farrow and William Crafts, Jr. The original building, on right, designed by Robert Mills, shows a pioneer grasp of the ideas of humanitarian treatment.

Topics. This historical marker is listed in this topic list: Notable Buildings. A significant historical year for this entry is 1821. 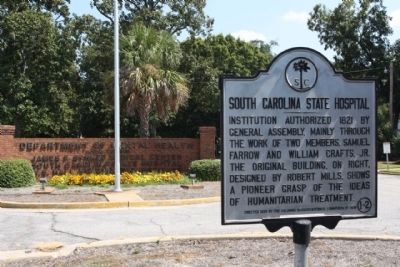 Regarding South Carolina State Hospital. (South Carolina Lunatic Asylum) Designed by native South Carolina architect Robert Mills, the ca. 1827 South Carolina State Hospital Mills Building is considered to be an example of Mills at his best, distinctive in its boldness of conception, its inventive quality, its simplicity and power. It is a structure of national importance in the architectural development of America. It is also the oldest structure in the United States continuously used as a mental hospital. Early additions to the Classical Revival style building (in 1838 and 1842) are associated with Samuel Sloan, another architect of national reputation. The fact that the talents of both men are preserved in one building is unique. Mills was a great exponent of the classic tradition, particularly the Greek Revival, while Sloan was more eclectic. Sloan exhibited his talents in the State Hospital Mills Building in such a 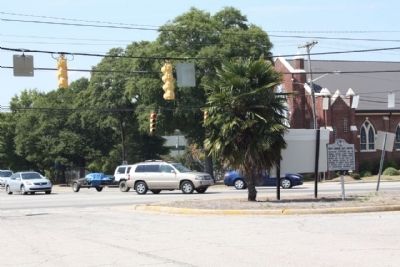 Photographed By Mike Stroud, September 19, 2010
3. South Carolina State Hospital Marker
At the Bull Street and Elmwood Avenue intersection
way that the structure appears to be the work of one man. Mills’s architecture is characterized by his capable and unerring, but sometimes unorthodox, treatment of classic motifs. His use of the high basement and porticos, supported by arcades, his great interest in fire-resistant construction, and his frequent use of round-headed single windows and of flat-headed triple windows are exemplified in the State Hospital. The hospital was among the first authorized, and the third completed, mental hospitals in America built with public funds. The State Hospital design reflects reforms that were far ahead of its day. Fireproofing of the building was also uncommon and an area in which Mills was a leader. The State Hospital continues an existence of beauty and usefulness; an enduring monument to the dedication of the founders and to the master architect, Robert Mills. Listed in the National Register June 5, 1970; Designated a National Historic Landmark November 7, 1973.(South Carolina Department of Archives and History) 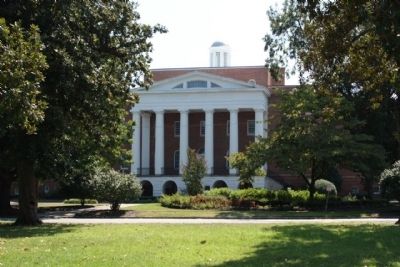 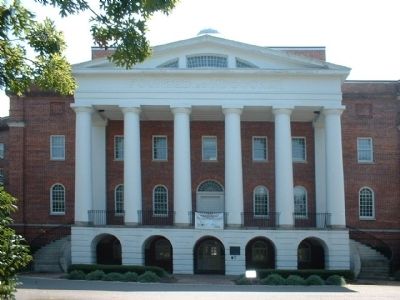 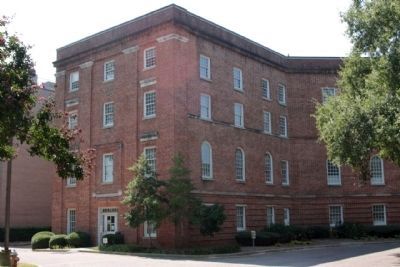 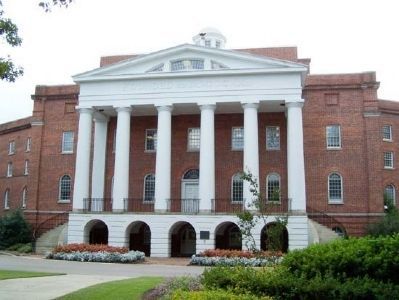 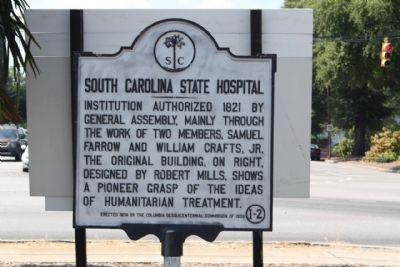