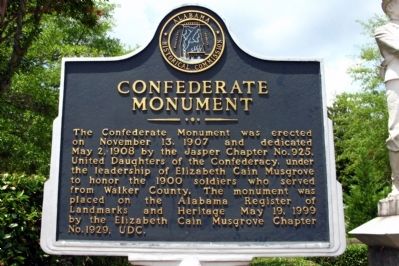 The Confederate Monument was erected on November 13, 1907 and dedicated May 2, 1908 by the Jasper Chapter No. 925 United Daughters of the Confederacy under the leadership of Elizabeth Cain Musgrove to honor the 1900 soldiers who served from Walker County. The monument was placed on the Alabama Register of Landmarks and Heritage May 19, 1999 by the Elizabeth Cain Musgrove Chapter No. 1929, UDC.

Topics and series. This historical marker and monument is listed in this topic list: War, US Civil. In addition, it is included in the United Daughters of the Confederacy series list. A significant historical date for this entry is May 2, 1970. 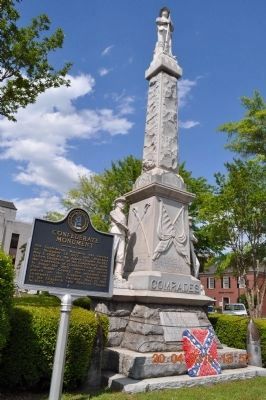 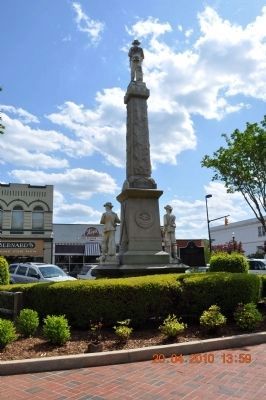