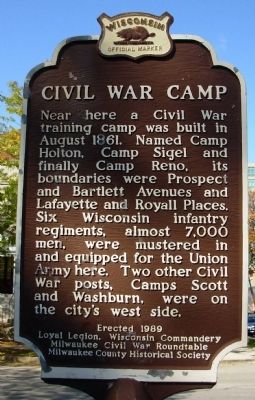 Near here a Civil War training camp was built in August 1861. Named Camp Holton, Camp Sigel and finally Camp Reno, its boundaries were Prospect and Bartlett Avenues and Lafayette and Royall Places. Six Wisconsin infantry regiments, almost 7,000 men, were mustered in and equipped for the Union Army here. Two other Civil War posts, Camps Scott and Washburn, were on the city’s west side.

Topics and series. This historical marker is listed in this topic list: War, US Civil. In addition, it is included in the Wisconsin Historical Society series list. A significant historical year for this entry is 1861. 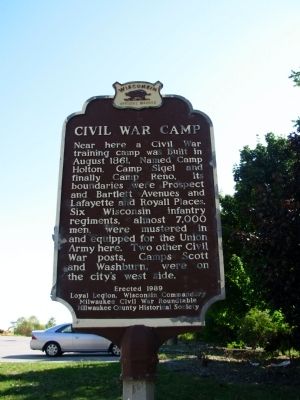 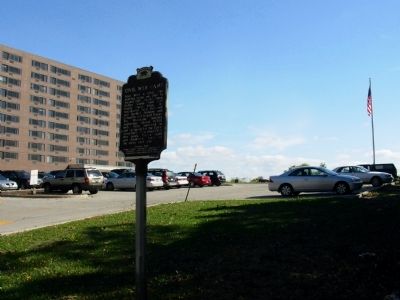