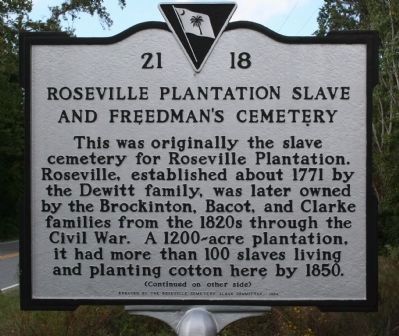 Roseville Plantation Slave And Freedman's Cemetery
This was originally the slave cemetery for Roseville Plantation. Roseville, established about 1771 by the Dewitt family, was later owned by the Brockinton, Bacot, and Clarke families from the 1820s through the Civil War. A 1200-acre plantation, it had more than 100 slaves living and planting cotton here by 1850.

Clarke Cemetery
This cemetery is sometimes called “the Clarke Cemetery” after the family that owned Roseville from Reconstruction until 1948. It is about 150 ft. square, and though it contains relatively few gravemarkers it includes at least 150 and as many as 250 or more graves. Slaves, freedmen, and their descendants were buried here for two hundred years, from the 1770s to the 1970s.

Topics. This historical marker is listed in these topic lists: African Americans • Cemeteries & Burial Sites • Colonial Era. A significant historical year for this entry is 1771. 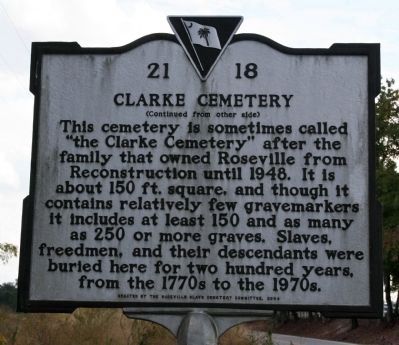 Click or scan to see
this page online
N, 79° 42.156′ W. Marker is near Quinby, South Carolina, in Florence County. Marker is on North Williston Road (State Highway 327) 0.6 miles East Pocket Road, on the right when traveling north. Touch for map. Marker is in this post office area: Florence SC 29506, United States of America. Touch for directions. 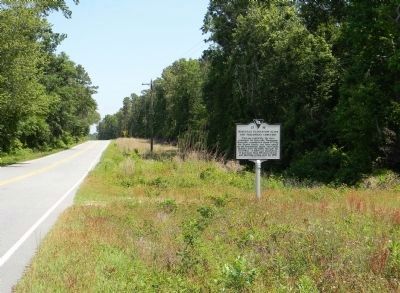 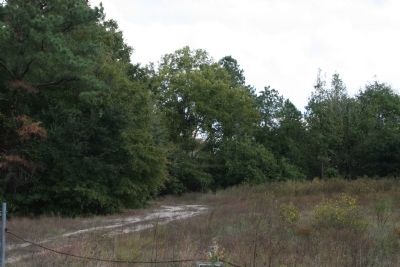