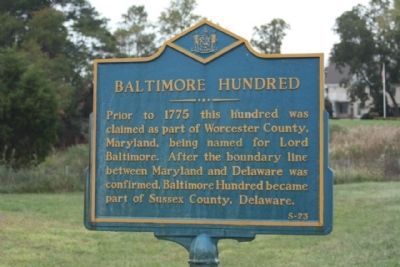 Prior to 1775 this hundred was claimed as part of Worchester County, Maryland being named for Lord Baltimore. After boundary line between Maryland and Delaware was confirmed, Baltimore Hundred became part of Sussex County, Delaware.

Topics and series. This historical marker is listed in these topic lists: Colonial Era • Settlements & Settlers. In addition, it is included in the Delaware Public Archives series list. A significant historical year for this entry is 1775. 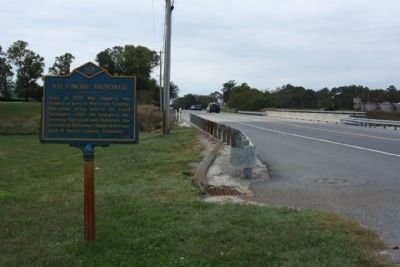 Regarding Baltimore Hundred. Hundreds-
The counties of Delaware were originally divided into
Hundreds based on the English use of dividing up counties. On October 25, 1682, William Penn directed that Delaware be divided into hundreds for the purposes of taxation. A "hundred" is an old English Saxon land division which is smaller than a county or shire and larger than a tithing. It comprised ten tithings of ten freeholder families each or one hundred families. The hundreds of Delaware originally served as judicial or legislative districts, but now they remain only as a basis for property tax assessment. 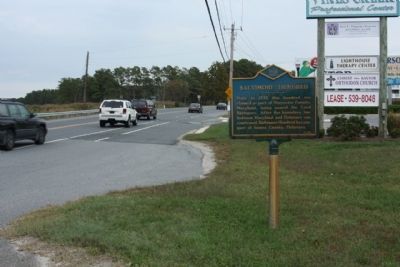