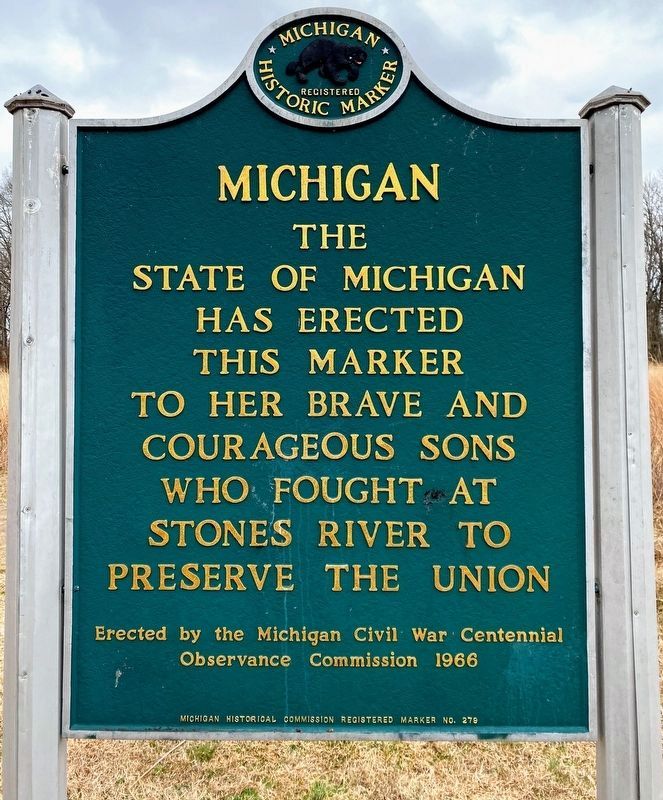 This marker is dedicated to all the Michigan soldiers engaged in this great battle, to the 71 men who lost their lives and to the 6 regiments which fought bravely for their country: 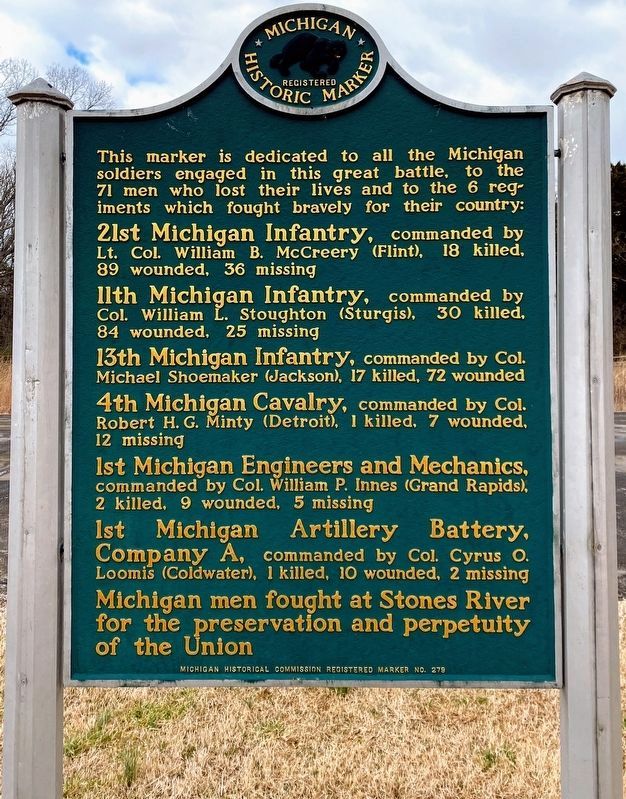 Click or scan to see
this page online
Union

Topics and series. This memorial is listed in this topic list: War, US Civil. In addition, it is included in the Michigan Historical Commission series list.

Location. 35° 52.146′ N, 86° 25.967′ W. Marker is in Murfreesboro, Tennessee, in Rutherford County. Memorial is on Park Road, on the left when traveling south. Located at stop two, the Slaughter Pen, on the driving tour of Stones River National Battlefield. Touch for map. Marker is in this post office area: Murfreesboro TN 37129, United States of America. Touch for directions. 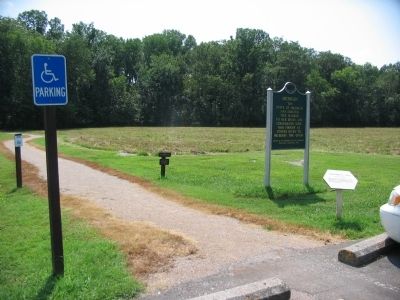