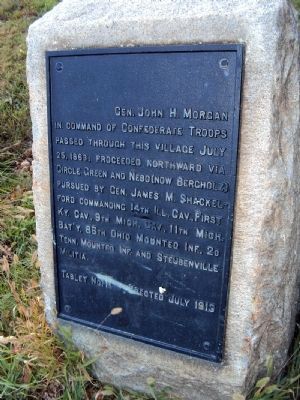 Topics and series. This historical marker is listed in this topic list: War, US Civil. In addition, it is included in the John Hunt Morgan’s Raid - Jefferson County, Ohio series list.

Other nearby markers. At least 8 other markers are within 6 miles of this marker, measured as the crow flies. The Eastern-Nearing The End (approx. 3½ miles away); 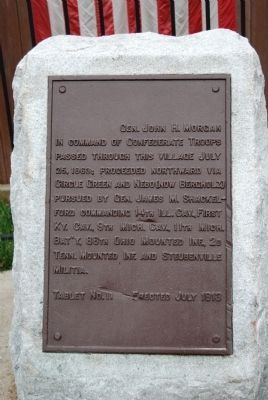 Additional comments.
1. A little about the marker series:
On July 25-26, 1863, near the end of his Indiana-Ohio Raid, Confederate Gen. John Morgan's cavalry forces crisscrossed Jefferson County, Ohio. On the raid’s 50th anniversary, a Three Wars Celebration was held in Steubenville to honor Revolutionary War, Civil War and Spanish-American War soldiers. The Stanton Monument Association, originally formed to erect a statue of Lincoln War Secretary and Steubenville native Edwin Stanton (completed in 1911), organized the three-day 1913 extravaganza. Along the route of the Great Raid, 14 granite monuments were installed, each “about 1,800 pounds, being twenty inches square, resting on a concrete foundation, 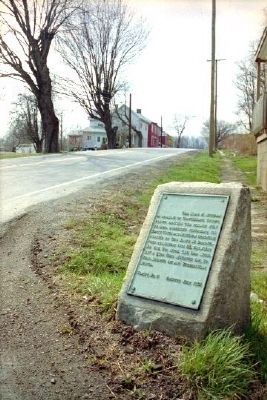 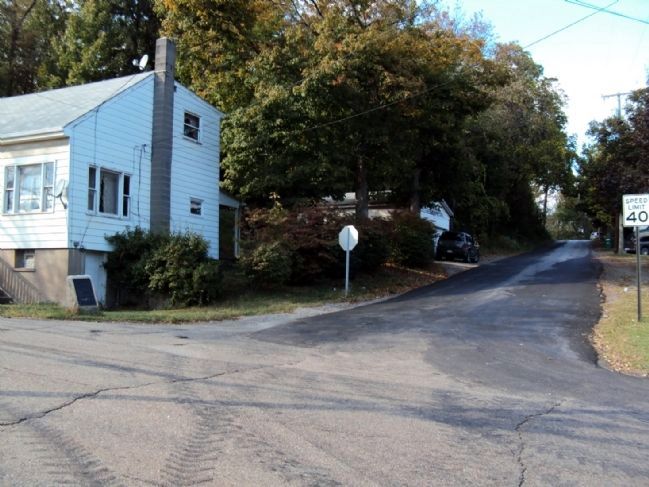 By Jamie Abel, September 25, 2010
4. Morgan's Raid Marker
Marker, very close to the road, appears to have been hit since it was resurfaced. 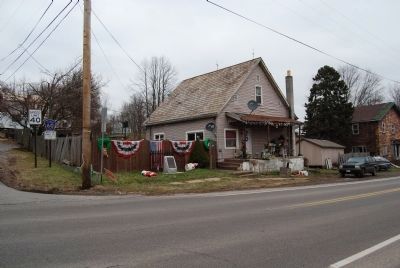