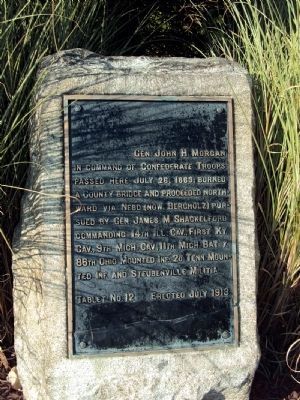 This tablet was removed from another marker (#12), located about ¾ of a mile south. The correct tablet, which has been missing for many decades, should read:

Topics and series. This historical marker is listed in 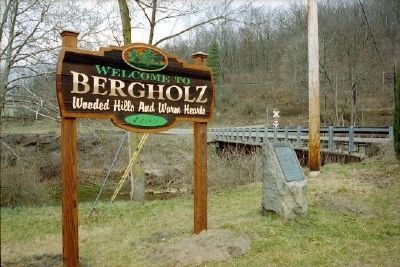 Click or scan to see
this page online
this topic list: War, US Civil. In addition, it is included in the John Hunt Morgan’s Raid - Jefferson County, Ohio series list. A significant historical month for this entry is July 1863.

More about this marker. Today, the Village of Bergholz sign sits over the top of the Morgan's Raid marker.

Related marker. Click here for another marker that is related to this marker. Bronze tablet #13 is missing. Tablet #12 was removed years ago from another marker, located about ¾ of a mile south of Bergholz.

Additional commentary.
1. A little about 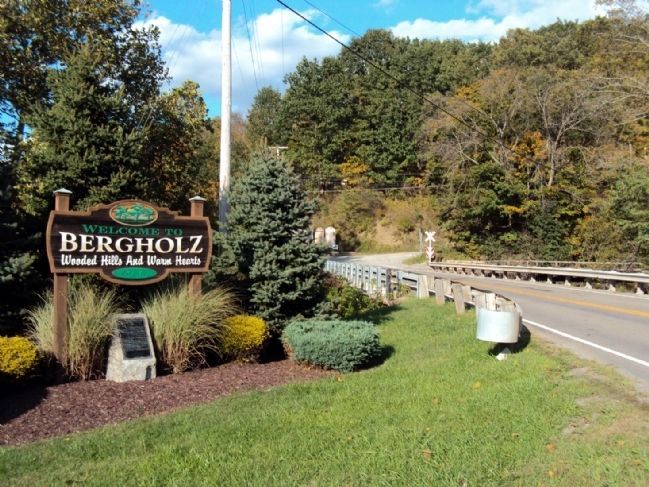