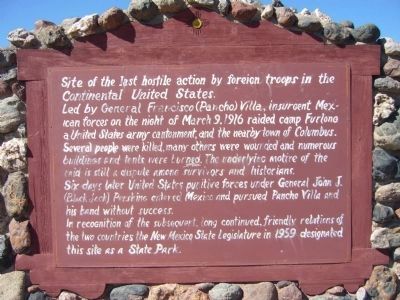 Site of the Last Hostile Action by Foreign Troops in the Continental United States.

Led by General Francisco (Pancho) Villa, insurgent Mexican forces on the night of March 9, 1916 raided camp Furlong a United States army cantonment, and the nearby town of Columbus. Several people were killed, many others were wounded and numerous buildings and tents were burned. The underlying motive of the raid is still a dispute among survivors and historians.
Six days later United States punitive forces under General John J. (Black Jack) Pershing entered Mexico and pursued Pancho Villa and his band without success.
In recognition of the subsequent, long continued, friendly relations of the two countries the New Mexico State Legislature in 1959 designated this site as a State Park.

Topics. This historical marker is listed in this topic list: Notable Events. A significant historical date for this entry is March 9, 1888. 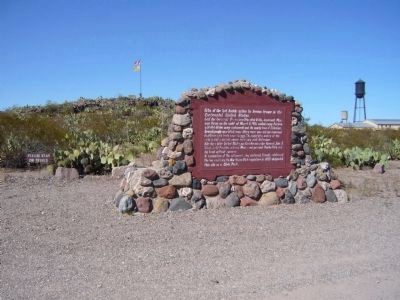 Photographed By Bill Kirchner, November 3, 2010
2. Site of the Last Hostile Action by Foreign Troops in the Continental United States. Marker

Click or scan to see
this page online
within walking distance of this marker. Pancho Villa State Park (within shouting distance of this marker); a different marker also named Pancho Villa State Park (about 500 feet away, measured in a direct line); Pancho Villa’s Raid (about 500 feet away); United States Custom House (about 800 feet away); In Memory of Citizens Killed / In Memory of Thirteenth Cavalry (approx. 0.2 miles away); Southern Pacific Railroad Depot (approx. 0.2 miles away); First Aero Squadron Airfield (approx. ¼ mile away); Columbus (approx. half a mile away). Touch for a list and map of all markers in Columbus. 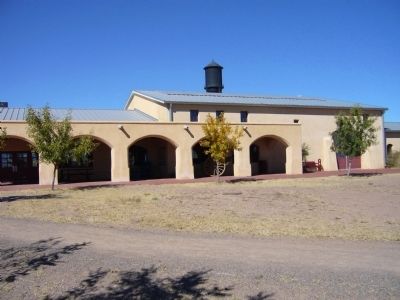