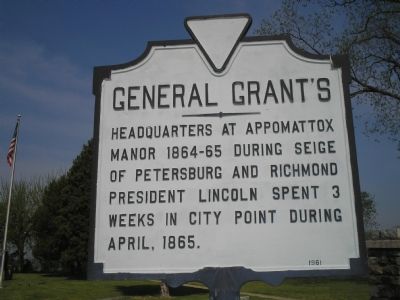 General Grant’s headquarters at Appomattox Manor 1864-65 during the siege of Petersburg and Richmond. President Lincoln spent 3 weeks in City Point during April, 1865.

Location. 37° 18.926′ N, 77° 16.62′ W. Marker is in Hopewell, Virginia. Marker is at the intersection of Cedar Lane and Pecan Avenue, on the left when traveling north on Cedar Lane. Marker is near the parking lot of the City Point Unit of Pertersburg National Battlefield. Touch for map. Marker is in this post office area: Hopewell VA 23860, United States of America. Touch for directions. 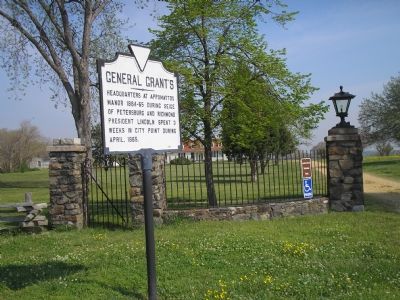 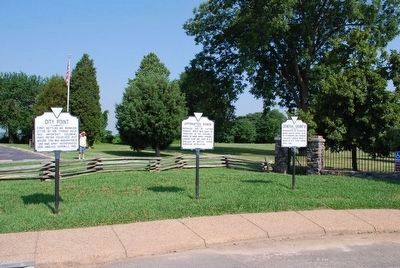 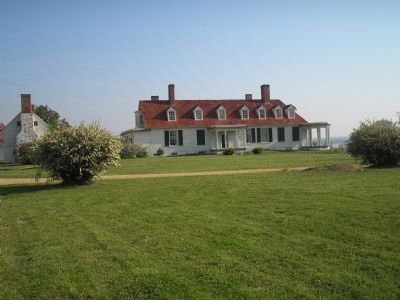 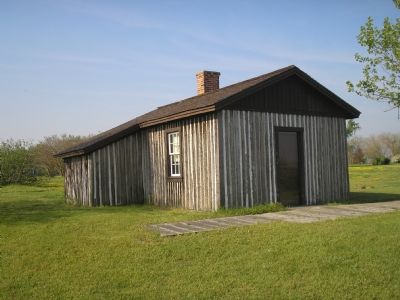