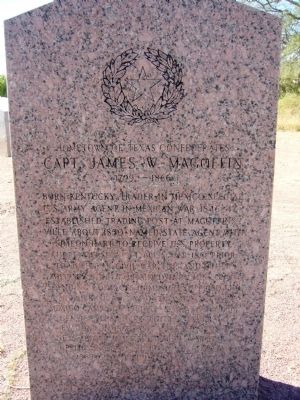 Topics. This historical marker is listed in this topic list: War, US Civil. A significant historical year for this entry is 1850. 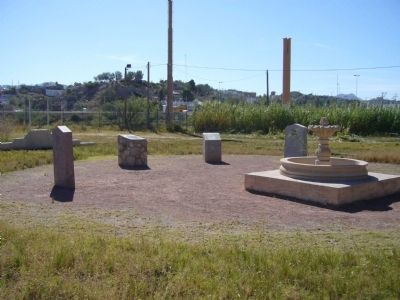 Click or scan to see
this page online
Major Simeon Hart (here, next to this marker); The Camino Real (here, next to this marker); El Paso del Rio del Norte (here, next to this marker); Fort Bliss Officers' Quarters (about 700 feet away, measured in a direct line); Burges House (approx. 0.8 miles away); Old San Francisco Historic District (approx. 0.8 miles away); El Paso Union Passenger Station (approx. 0.9 miles away); Old B'Nai Zion Synagogue (approx. 0.9 miles away). Touch for a list and map of all markers in El Paso.
Credits. This page was last revised on June 16, 2016. It was originally submitted on November 16, 2010, by Bill Kirchner of Tucson, Arizona. This page has been viewed 891 times since then and 57 times this year. Photos:   1, 2. submitted on November 16, 2010, by Bill Kirchner of Tucson, Arizona. • Craig Swain was the editor who published this page.
Share this page.