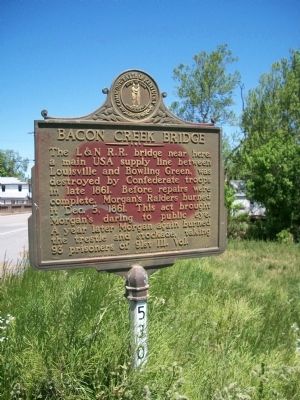 By James David Harvey, May 8, 2010
1. Bacon Creek Bridge Marker
Inscription.
Bacon Creek Bridge. . The L and N R.R. bridge near here, a main USA supply line between Louisville and Bowling Green, was destroyed by Confederate troops in late 1861. Before repairs were complete, Morgan's Raiders burned it Dec. 5, 1861. This act brought Morgan's daring to public eye. A year later Morgan again burned the tressle and stockade, taking 93 prisoners of 91st Ill. Vol. . This historical marker was erected in 1962 by Kentucky Historical Society - Kentucky Department of Highways. It is in Bonnieville in Hart County Kentucky

Topics and series. This historical marker is listed in these topic lists: Bridges & Viaducts • Railroads & Streetcars • War, US Civil. In addition, it is included in the Kentucky Historical Society series list. A significant historical date for this entry is December 5, 1861.

Other nearby markers. At least 8 other markers are within 8 miles of this marker, measured as the crow flies. Bacon Creek Trestle (within shouting distance of this marker); An Indian Ambush 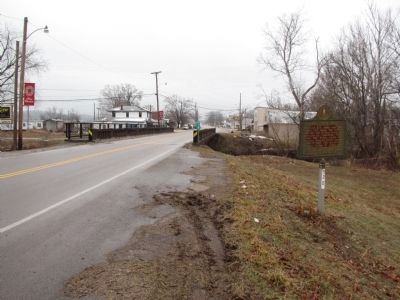 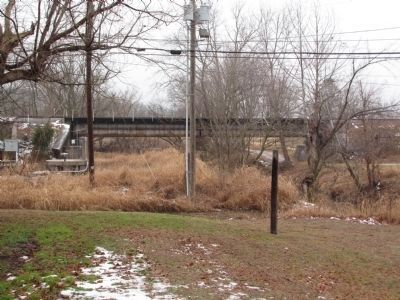 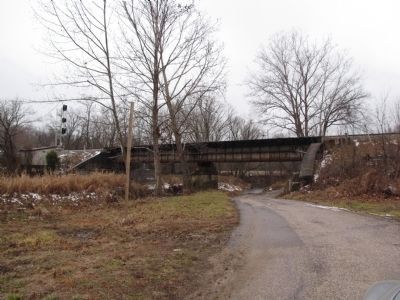 By Lee Hattabaugh, January 25, 2011
4. Bacon Creek/Bonnieville railroad trestle
another view from Morgans Raiders Avenue, which passes beneath the trestle. 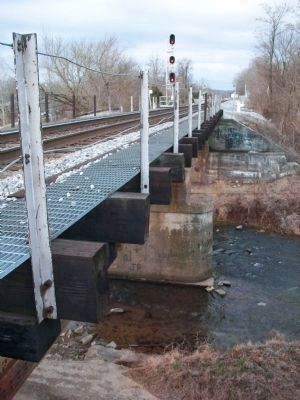