Nuclei as Heavy as Bulls 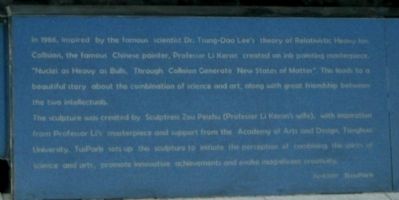 In 1986, inspired by the famous scientist Dr. Tsung-Dao Lee’s theory of Relativistic Heavy Ion Collision, the famous Chinese painter, Professor Li Keran created an ink painting masterpiece “Nuclei as Heavy as Bulls, Through Collision Generate New States of Matter.” This leads to a beautiful story about the combination of science and art, along with great friendship between the two intellectuals.

This sculpture was created by Sculptress Zou Peizhu (Professor Li Keran’s wife), with inspiration from Professor Li’s masterpiece and support from the Academy of Arts and Design, Tsinghua University. TusPark sets up this sculpture to initiate the perception of combining the spirits of science and arts, promote innovative achievements and evoke magnificent creativity. —April 2007

Topics. This historical marker is listed in this topic list: Science & Medicine. A significant historical year for this entry is 1986.

Click or scan to see
this page online
Marker is in the plaza just north of the two main buildings of TusPark (Tsinghua University Science Park). Touch for map. Marker is in this post office area: Hǎidiàn Qū, Beijing 10008-4, China. Touch for directions. 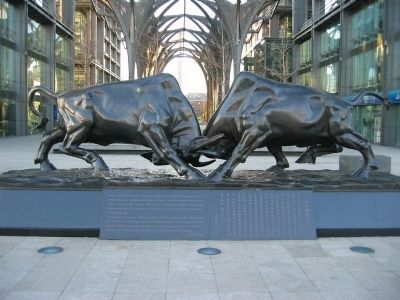 Photographed By Gregory Walker, November 14, 2010
3. Statue of "Nuclei as Heavy as Bulls." 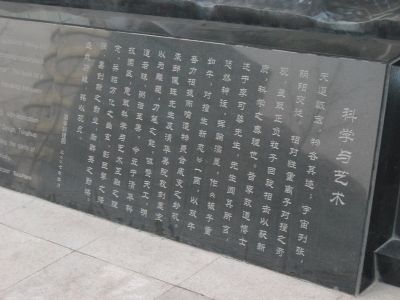