History of the Stewart County Courthouse 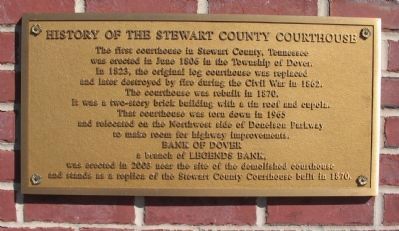 The first courthouse in Stewart County, Tennessee was erected in June 1806 in the Township of Dover. In 1823, the original log courthouse was replaced and later destroyed by fire during the Civil War in 1862. The courthouse was rebuilt in 1870. It was a two-story brick building with a tin roof and cupola. That courthouse was torn down in 1965 and relocated on the Northwest side of Donelson Parkway to make room for highway improvements. Bank of Dover, a branch of Legends Bank, was erected in 2003 near the site of the demolished courthouse and stands as a replica of the Stewart County Courthouse built in 1870.

Topics. This historical marker is listed in these topic lists: Government & Politics • War, US Civil. 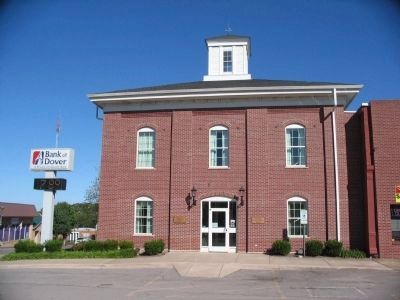