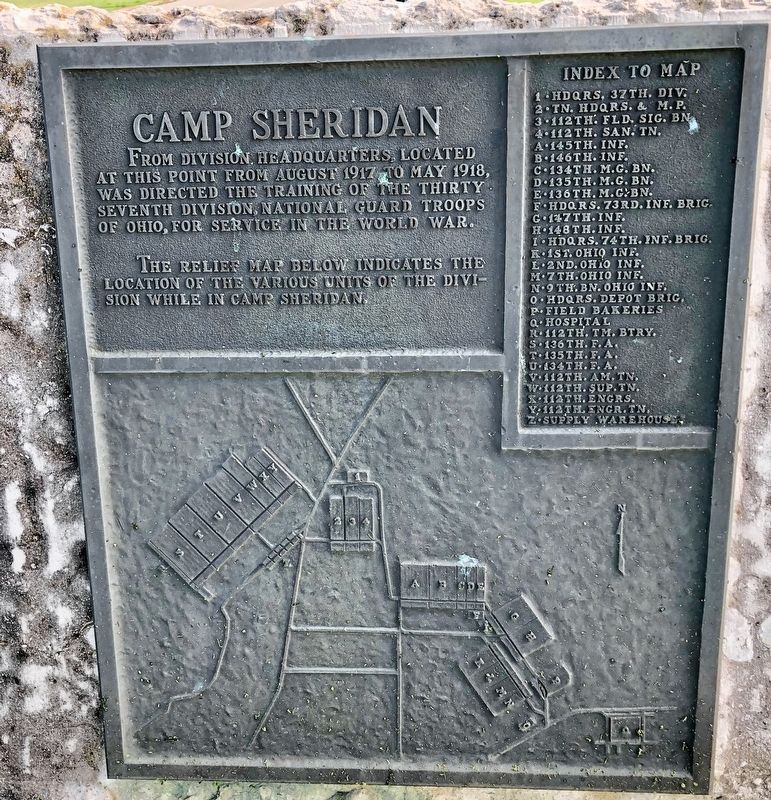 From Division Headquarters, located at this point from August 1917 to May 1918, was directed the training of the Thirty Seventh Division, National Guard Troops of Ohio, for Service in the World War.

The Relief map below indicates the locations of the various units of the Division while in Camp Sheridan.

Reverse:
This monument, fashioned from native Ohio stone taken from the quarry from which the material 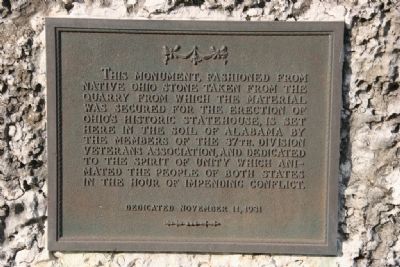 Click or scan to see
this page online
was secured for the erection of Ohio’s Historic Statehouse, is set here in the soil of Alabama by the members of the 37th Division Veterans Association, and dedicated to the Spirit of Unity which animated the people of Both States in the hour of impending conflict.

Topics. This historical marker is listed in these topic lists: Military • Notable Places. A significant historical month for this entry is May 1918. 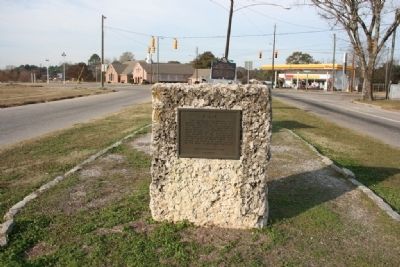 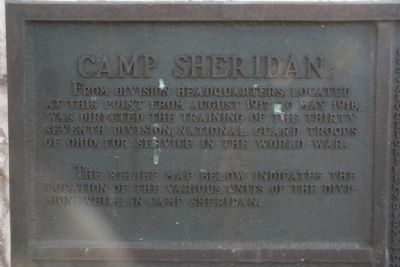 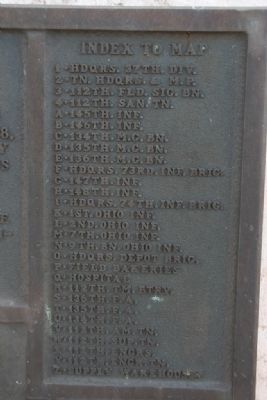 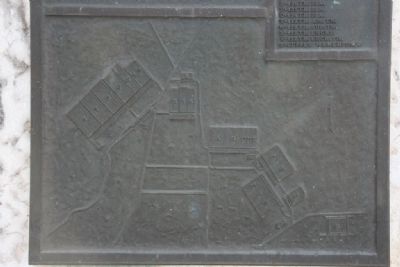 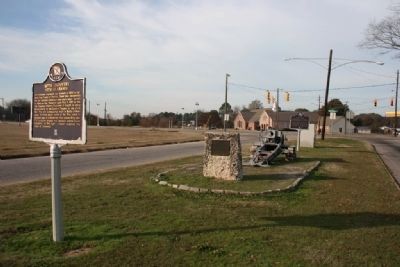 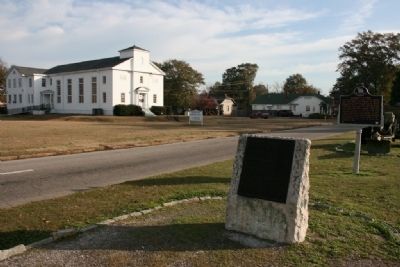 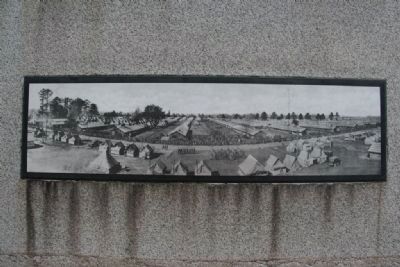 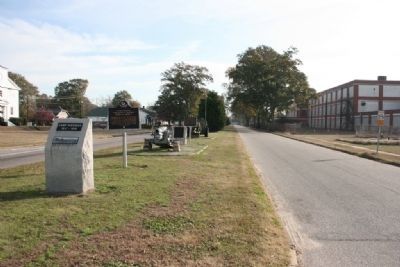