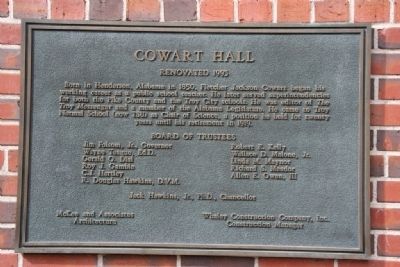 Born in Henderson, Alabama in 1850, Fletcher Jackson Cowart began his working career as a public school teacher. He later served superintendencies for both the Pike County and the Troy City schools. He was editor of the Troy Messenger and a member of the Alabama Legislature. He came to Troy Normal School (now TSU) as Chair of Science, a position he held for twenty years until his retirement in 1919.

Topics. This historical marker is listed in these topic lists: Communications • Education • Government & Politics • Science & Medicine. A significant historical year for this entry is 1850. 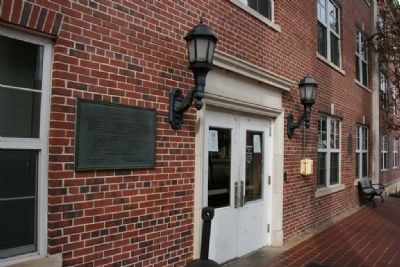 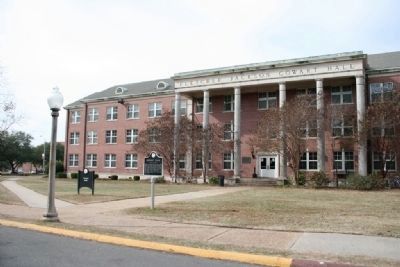