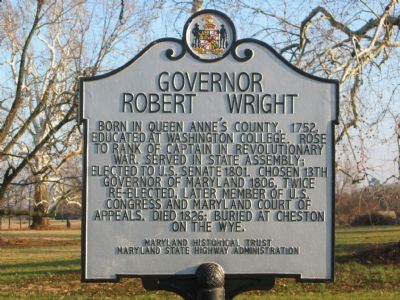 Topics. This historical marker is listed in these topic lists: Cemeteries & Burial Sites • War, US Revolutionary.

Location. 38° 54.696′ N, 76° 9.152′ W. Marker is in Carmichael, Maryland, in Queen Anne's County. Marker can be reached from Wye Narrows Drive 0.1 miles south of Cheston Lane, on the right when traveling south. Marker is on a private one lane road running through the Wye Research and Education Center that starts off Wye Narrows Lane, one tenth of a mile south of Cheston Lane. Marker is three tenths of a mile from Wye Narrows Lane on the left. Touch for map. Marker is in this post office area: Queenstown MD 21658, United States of America. Touch for directions. 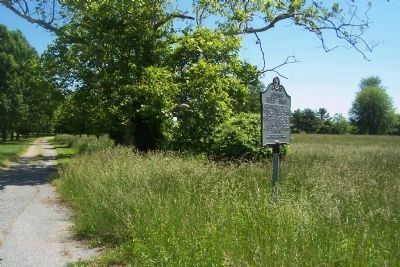