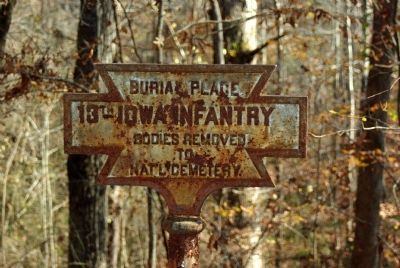 Location. 35° 8.862′ N, 88° 20.6′ W. Marker is near Shiloh, Tennessee, in Hardin County. Marker can be reached from Cavalry Road, 0.6 miles west of Hamburg-Savannah Road, on the right when traveling west. This marker is 0.1 mile east (and very slightly north) of the 13th Iowa campsite marker. It is in the woods east of Jones Field. There is no trail leading to it. It's probably best to look for it when the leaves are down. If you walk east in the woods from the campsite marker, bear slightly to the left. You'll be on a relatively level ridgetop. The marker is at the northeast edge of the ridge, just before it starts to drop off sharply. Touch for map. Marker is in this post office area: Shiloh TN 38376, United States of America. Touch for directions.

Other nearby markers. At least 8 other markers are within walking distance of this marker. McAllister's Battery (about 600 feet away, measured in a direct line); 46th Illinois Infantry 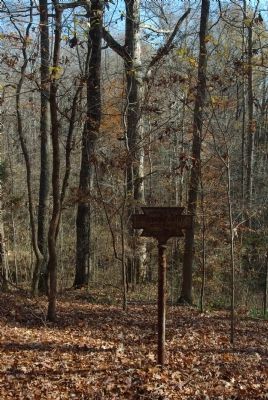 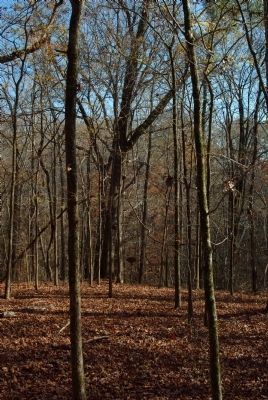