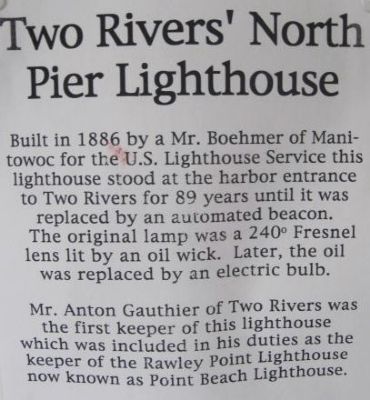 Mr. Anton Gauthier of Two Rivers was the first keeper of this lighthouse which was included in his duties as the keeper of the Rawley Point Lighthouse now known as Point Beach Lighthouse. . This historical marker is in Two Rivers in Manitowoc County Wisconsin

Built in 1886 by a Mr. Boehmer of Manitowoc for the U.S. Lighthouse Service this lighthouse stood at the harbor entrance of Two Rivers for 89 years until it was replaced by an automated beacon. The original lamp was a 240 degree Fresnel lens lit by an oil wick. Later, the oil was replaced by an electric bulb.

Mr. Anton Gauthier of Two Rivers was the first keeper of this lighthouse which was included in his duties as the keeper of the Rawley Point Lighthouse now known as Point Beach Lighthouse.

Topics and series. This historical marker is listed in these topic lists: Notable Buildings • Waterways & Vessels. In addition, it is included in the Lighthouses series list.

Other nearby markers. At least 8 other markers are within walking distance of this marker. Steamer Vernon (a few steps from this marker); St. Luke Catholic Church (approx. 0.3 miles away); St. Luke Rectory (approx. 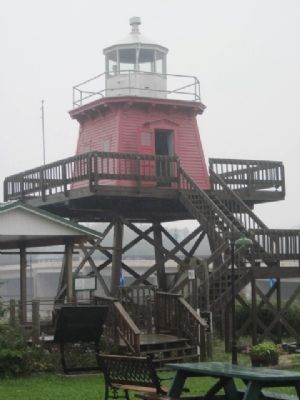 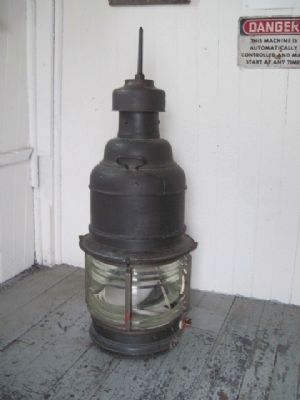 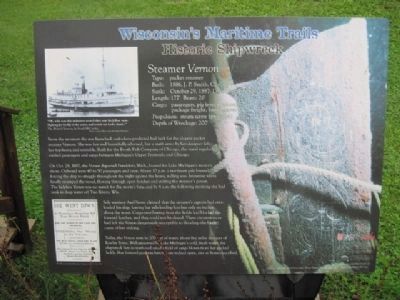 By Robert L Weber, September 11, 2010
4. Steamer Vernon Marker
This 1886 pierhead lighthouse, is now located at the Rogers Street Fishing Village and Great Lakes Coast Guard Museum. The museum complex is located on the banks of the East Twin River, the traditional headquarters of the Two Rivers Commercial Fishing Fleet.

The museum has five historic buildings that portray exciting stories. Step aboard the 1936 wooden fishing tug BUDDY O, explore the fishing sheds, see the antique Kahlenberg Marine Oil Engine, hear the whistles and horns, and then climb up to the 1886 Two Rivers' North Pier Lighthouse for a bird's eye view of the Fishing Village.

Finish your visit with a tour of the Great Lakes Coast Guard Exhibit SHIPWRECKS!, featuring artifacts rescued from the depths of Lake Michigan's most famous shipwrecks such as the VERNON, sunk in 1887, or the ROUSE SIMMONS, the legendary Christmas tree ship lost with all hands during a furious storm November 23, 1912.