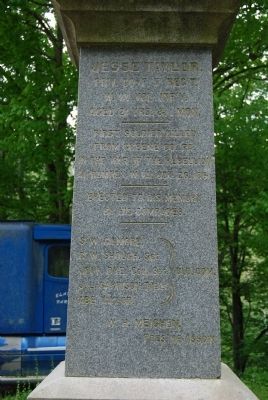 Erected 1892 by His comrades in his memory.

Topics. This historical marker is listed in these topic lists: Patriots & Patriotism • War, US Civil. A significant historical year for this entry is 1861.

Location. 39° 43.701′ N, 80° 19.543′ W. Marker is in Gilmore Township, Pennsylvania, in Greene County. Marker is on Jollytown Road (Local Route 3006), on the left when traveling west. It is 100 feet from the United Methodist Jollytown Church. Touch for map. Marker is at or near this postal address: 1330 Jollytown Road, New Freeport PA 15352, United States of America. Touch for directions.

Other nearby markers. At least 8 other markers are within 8 miles of this marker, measured as the crow flies. Historical Village of Hero Named in Honor of Private Jesse Taylor (approx. 1.2 miles away); Veterans Memorial (approx. 3.4 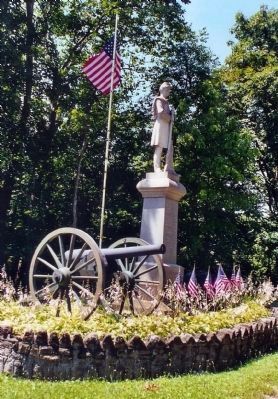 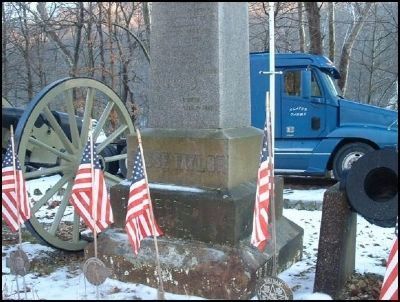 circa 2010
3. Jesse Taylor Monument
Base of Jesse Taylor Statue located in Jollytown, PA. Cannon being painted and renovated. 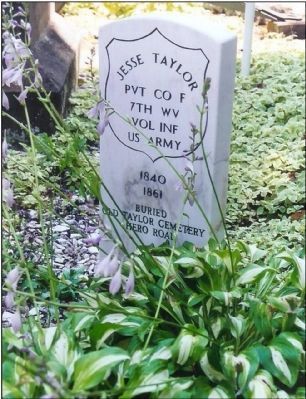 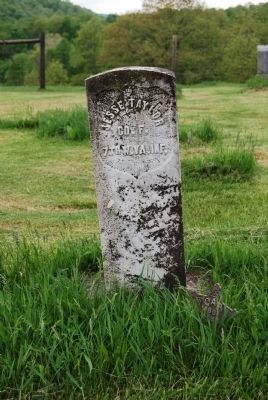 Editor’s want-list for this marker. The Civil War Monument at Rices Landing in Morris Township (on its own page) • The Union War Monument in Waynesburg on University Campus grounds • Can you help?
Share this page.