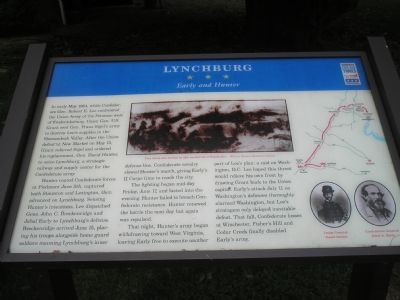 In early May 1864, while Confederate Gen. Robert E. Lee confronted the Union Army of the Potomac west of Fredericksburg, Union Gen. U.S. Grant sent Gen. Franz Sigel’s army to destroy Lee’s supplies in the Shenandoah Valley. After the Union defeat at New Market on May 15, Grant relieved Sigel and ordered his replacement, Gen. David Hunter, to seize Lynchburg, a strategic railway and supply center for the Confederate army.

The fighting began mid-day Friday, June 17, and lasted into the evening. Hunter failed to breach Confederate resistance. Hunter renewed the battle the next day but again was repulsed. 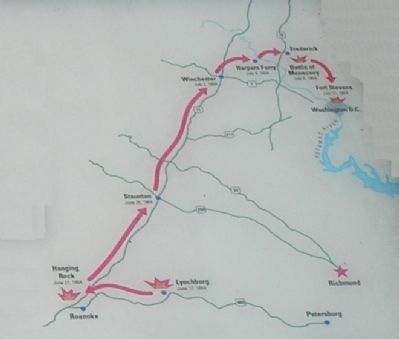 By Bill Coughlin, April 26, 2007
2. Battle map details
This map shows the battles fought by Gen. Jubal A. Early from Lynchburg to Washington D.C.

Click or scan to see
this page online
to execute another part of Lee’s plan: a raid on Washington, D.C. Lee hoped this threat would relieve his own front by drawing Grant back to the Union capital. Early’s attack July 11 on Washington’s defenses thoroughly alarmed Washington, but Lee’s stratagem only delayed inevitable defeat. That fall, Confederate losses at Winchester, Fisher’s Hill and Cedar Creek finally disabled Early’s army.

Topics and series. This historical marker is listed in this topic list: War, US Civil. In addition, it is included in the Battlefield Trails - Civil War, the Former U.S. Presidents: #18 Ulysses S. Grant, and the Virginia Civil War Trails series lists. A significant historical date for this entry is May 2, 1864. 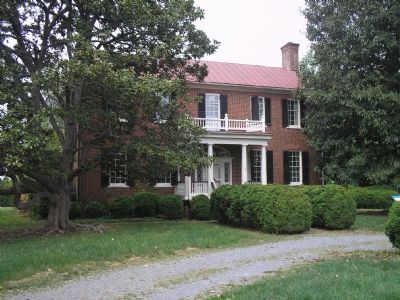 More about this marker. In the upper center is a drawing stating that "Fort Early was similar to this earthwork at Winchester." Portraits of Gens. Hunter and Early are on the lower right, below a map showing Early's 1864 summer campaign.

Regarding Lynchburg. This is one in a series of Civil War Trails markers interpreting the Battle of Lynchburg (17-18 June 1864) and the city's role in the Civil War. Select the Civil War Virtual Tour by Marker link below to see other related markers.

Related markers. Click here for a list of markers that are related to this marker. The Civil War Lynchburg Virtual Tour by Markers. 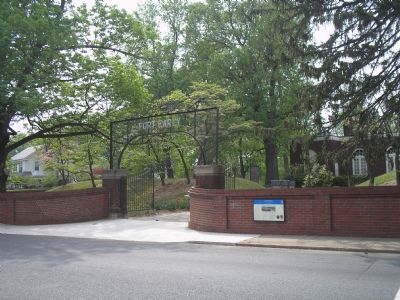