(Cradle of Methodism in America) 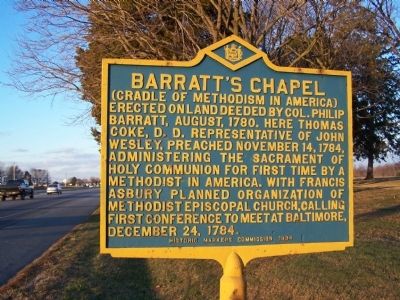 Topics and series. This historical marker is listed in these topic lists: Churches & Religion • Notable Events. In addition, it is included in the Delaware Public Archives series list. A significant historical date for this entry is November 14, 1898.

Location. 39° 1.487′ N, 75° 27.599′ W. Marker is in Frederica, Delaware, in Kent County. Marker is at the intersection of Delaware Route 1 and Barratt's Chapel Road on State Route 1. Touch for map. Marker is in this post office area: Frederica DE 19946, United States of America. Touch for directions.

Other nearby markers. At least 8 other markers are within 6 miles of this marker, measured as the crow flies. A different marker also named Barratt's Chapel (within shouting distance of this marker); Warner Mifflin (approx. 3.7 miles away); Murderkill / Motherkiln Friends Meeting 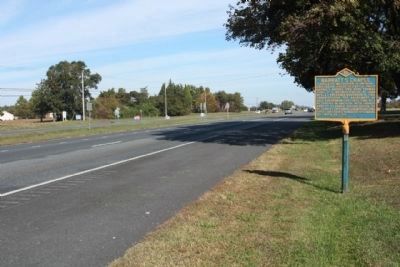 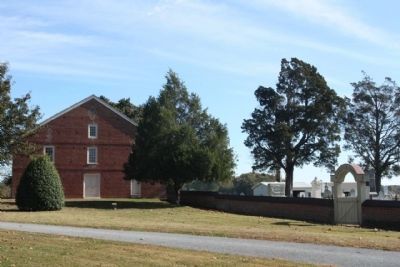 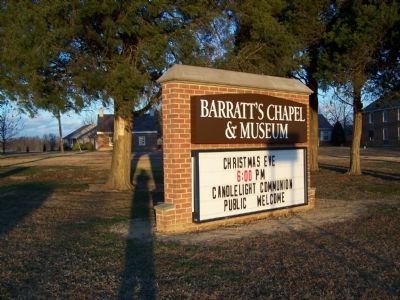