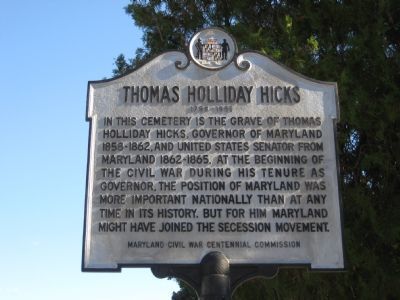 In this cemetery is the grave of Thomas Holliday Hicks, Governor of Maryland 1858-1862 and United States Senator from Maryland 1862-1865. At the beginning of the Civil War during his tenure as governor, the position of Maryland was more important nationally than at any time in its history. But for him Maryland might have joined the secession movement.

Topics. This historical marker is listed in these topic lists: Cemeteries & Burial Sites • War, US Civil. A significant historical year for this entry is 1862.

Other nearby markers. At least 8 other markers are within walking distance of this marker. A different marker also named Thomas Holliday Hicks (about 400 feet away, measured in a direct line); Jazz on Pine Street 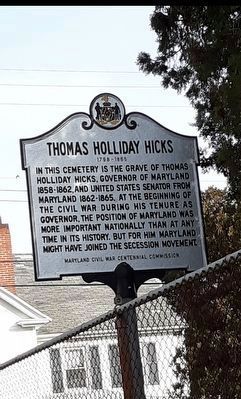 Regarding Thomas Holliday Hicks. Another marker at the site of Hicks residence in Cambridge, "Appleby", is located on Race Road about 1 mile south of the cemetery. 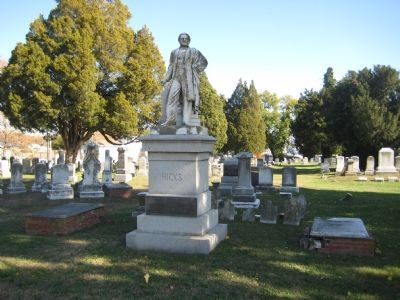 Photographed By F. Robby, November 4, 2007
3. Grave of Thomas Holliday Hicks
The state of Maryland erected a monument over his grave in 1868. The grave is located in the middle of the cemetery, about 500 feet from the historic marker along Academy Street. 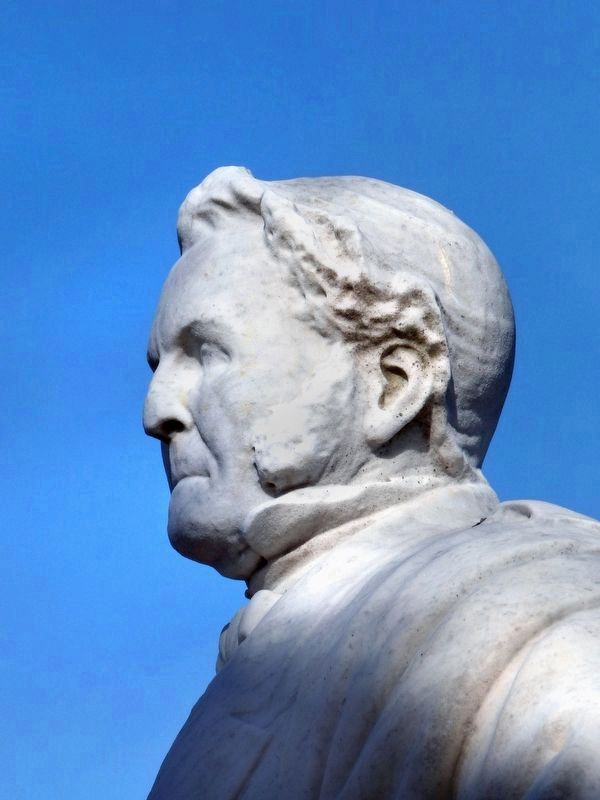 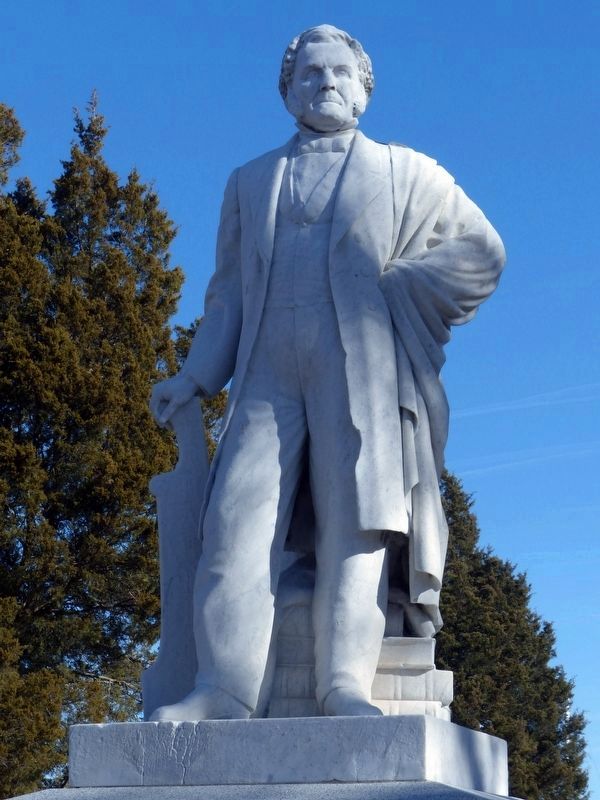 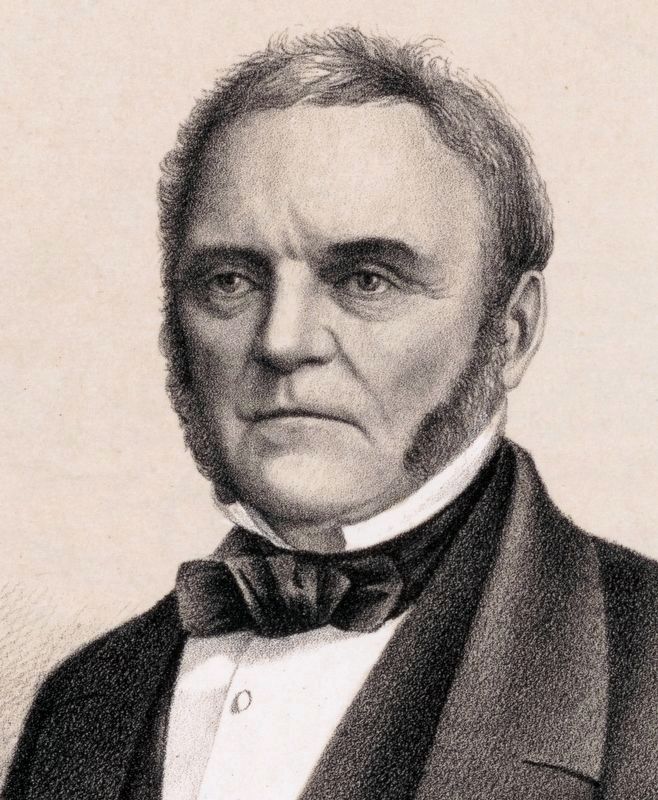 Library of Congress
6. Thomas Holliday Hicks
Governor of the state of Maryland
1861 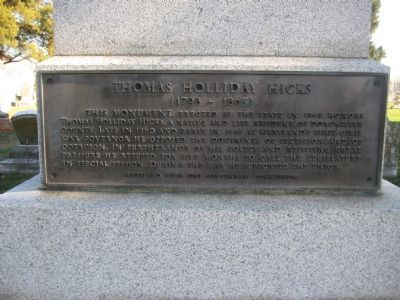