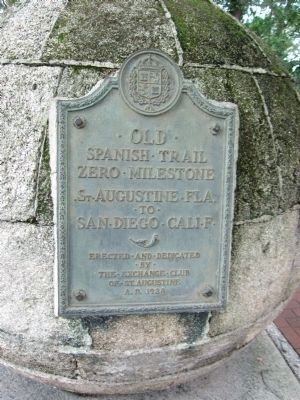 Erected 1928 by The Exchange Club of St. Augustine.

Topics and series. This historical marker is listed in these topic lists: Exploration • Hispanic Americans • Roads & Vehicles. In addition, it is included in the Old Spanish National Trail series list. 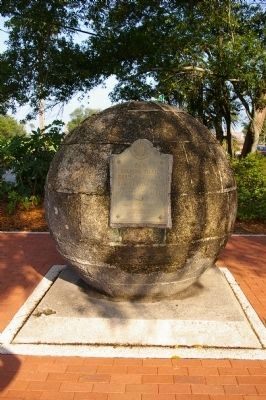 Regarding Old Spanish Trail Zero Milestone. The Old Spanish Trail (OST) transcontinental highway was one of the most prominent and persistent American auto trails. It connects the old Spanish colonial towns of St. Augustine, Florida on the Atlantic coast and San Diego, California on the Pacific. The OST highway is not to be confused with the 19th century cattle trail of the same name that wound from Santa Fe to Los Angeles.