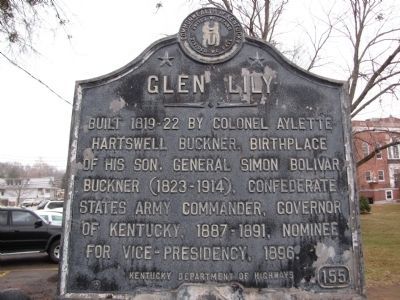 Topics and series. This historical marker is listed in these topic lists: Government & Politics • Settlements & Settlers • War, US Civil. In addition, it is included in the Kentucky Historical Society series list. A significant historical year for this entry is 1896.

Location. Marker has been reported missing. It was located near 37° 16.31′ N, 85° 53.445′ W. Marker was in Munfordville, Kentucky, in Hart County. Marker was at the intersection of Dixie Highway / Main Street (U.S. 31W) and Union Street (State Highway 357), on the left when traveling south on Dixie Highway / Main Street. Located at the southwest corner of the Hart County Courthouse grounds. Touch for map. Marker was in this post office area: Munfordville KY 42765, United States of America. Touch for directions. 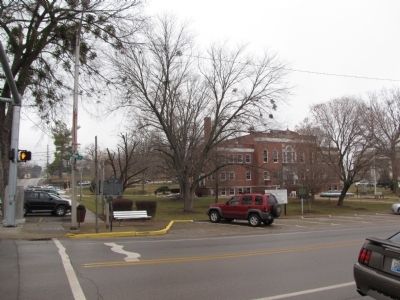 Photographed By Lee Hattabaugh, January 25, 2011
2. Glen Lily Marker
Marker is right across the street near the Main Street sign. 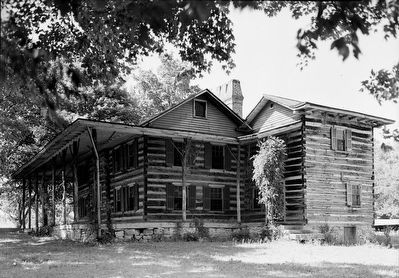