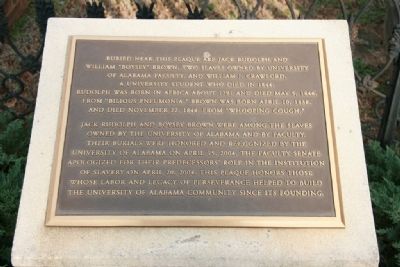 Buried near this plaque are Jack Rudolph and William “Boysey” Brown, two slaves owned by University of Alabama faculty, and William J. Crawford, a University student who died in 1844.

Erected 2004 by University of Alabama. 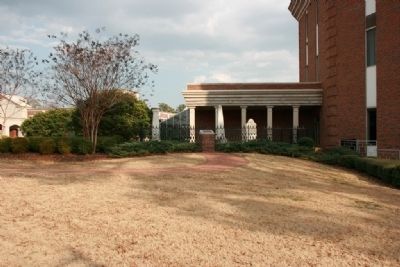 Click or scan to see
this page online
12.757′ N, 87° 32.556′ W. Marker is in Tuscaloosa, Alabama, in Tuscaloosa County. Marker is at the intersection of Hackberry Lane and Margaret Drive, on the right when traveling north on Hackberry Lane. Marker located on the north side of the Biology Building on the campus of the University of Alabama. Touch for map. Marker is in this post office area: Tuscaloosa AL 35487, United States of America. Touch for directions. 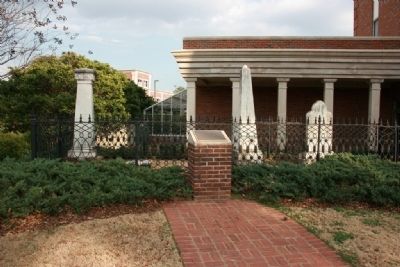 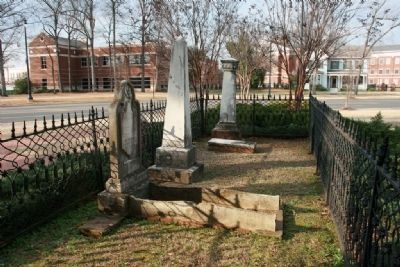