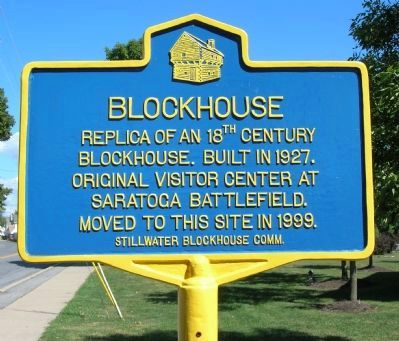 Blockhouse
Replica of an 18th century
blockhouse. Built in 1927.
Original visitor center at
Saratoga Battlefield.
Moved to this site in 1999.

Topics. This historical marker is listed in these topic lists: Colonial Era • Forts or Castles • War, US Revolutionary. 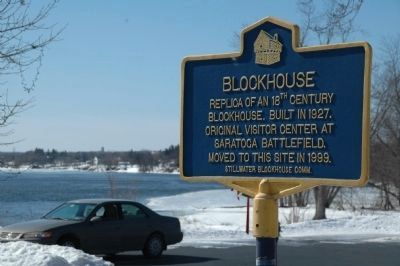 By Howard C. Ohlhous, February 20, 2011
2. Blockhouse Marker, Hudson River Beyond
away); Historic Sites (approx. 0.4 miles away); Dirck Swart House (approx. half a mile away). Touch for a list and map of all markers in Stillwater.

Regarding Stillwater Blockhouse. Located in the center of the Village of Stillwater, New York the Stillwater Blockhouse is historically unique. It was built in part with timbers from Revolutionary era structures once standing within what is now Saratoga National Historical Park, in Stillwater. It replicates the early 18th century blockhouses of the region, but was actually built in 1927 as New York State turned the site of the American Revolution’s 1777 “Turning Point Battles” into an historical park.


Today, the Stillwater Blockhouse, and the Historic Marker, stand in a small riverfront park (approx. 2 acres) on a notably scenic section of the Hudson River. The riverfront park rests at the heart of the Village of Stillwater, east of U.S. Route 4 & 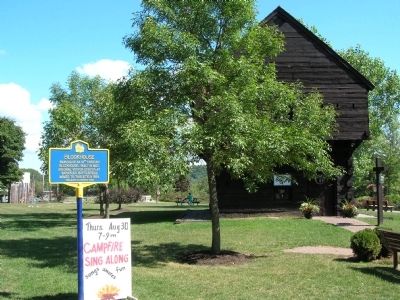 By Howard C. Ohlhous, August 27, 2007
3. Blockhouse Marker
N.Y. Route 32. Visitors can see "loopholes" used to shoot muskets through, colonial era artifacts and photos from earlier days in Stillwater. The Blockhouse is open from noon - 4 pm on Friday through Sunday and there is no admission charge.

Additional comments.
1.
Captain Thomas Anbury (1759-1840) served with General Burgoyne's royal army during the early years of the American Revolutionary War and was captured and made prisoner at Saratoga by the colonial forces. Upon receiving his parole, he travelled throughout the colonies, an interested but not especially objective observer (He thought slavery a curse). The following was written by Anbury in his book, "Travels Through the Interior Parts of America";
"Blockhouses not being generally known in England, I shall give a description of them. They are constructed of timbers, placed one on the other, of a sufficient thickness to resist a musket shot, and large enough to contain from 100 to 120 men; there are two apartment in them, one above the other, the upper of which is a division for the officers. In both the lower and upper apartment are two pieces of cannon and 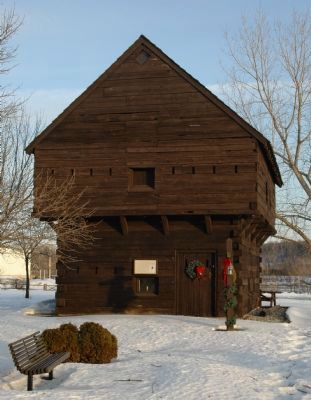 By Howard C. Ohlhous, February 20, 2011
4. Stillwater Blockhouse
four port-holes for the purpose of pointing these cannon on any side of the blockhouse on which it may be attacked, and in case and enemy should in the night endeavor to set fire to the house, there are loopholes, through which the troops on the inside can level their pieces and fire upon the assailants. But that the reader may more fully comprehend the construction of these unusual fortifications, I have made a drawing and section of one of them..." Note To Editor only visible by Contributor and editor
— Submitted February 24, 2011, by Howard C. Ohlhous of Duanesburg, New York. 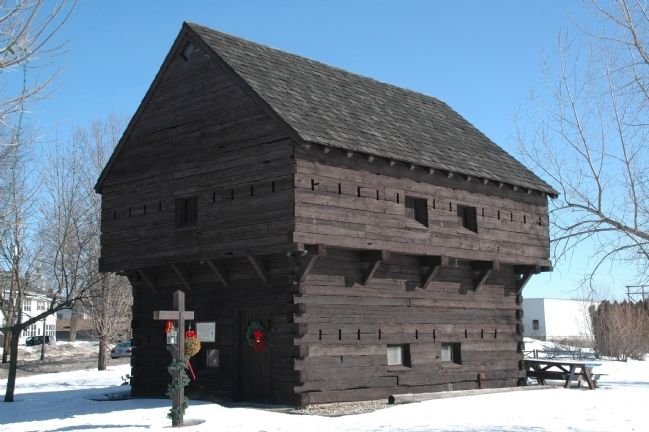 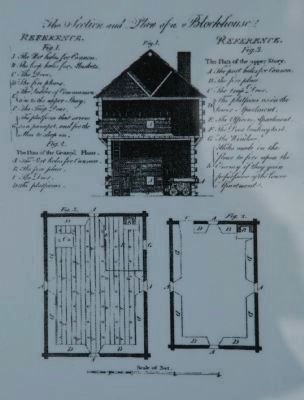 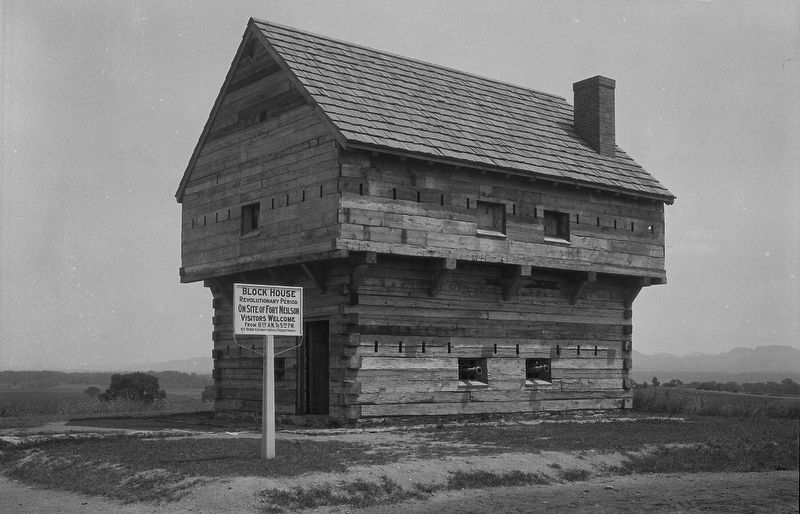 Slingerland, G (Library of Congress), circa 1929
7.
Period blockhouse, Saratoga Battlefield
Blockhouse of revolutionary period on site of Fort Neilson, Saratoga, New York. The text of the sign in the photo reads as follows: 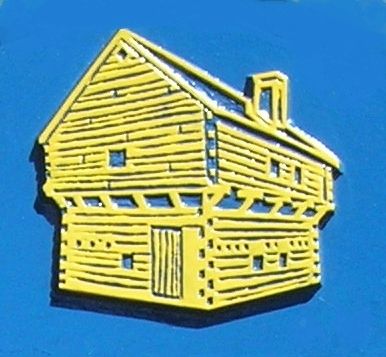