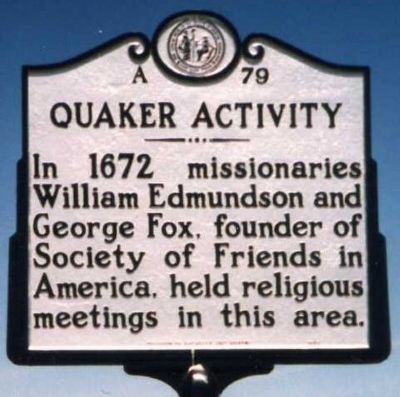 In 1672, missionaries William Edmundson and George Fox, founder of Society of Friends, in America, held religious meetings in this area.

Topics and series. This historical marker is listed in these topic lists: Churches & Religion • Colonial Era. In addition, it is included in the North Carolina Division of Archives and History, and the Quakerism series lists. A significant historical year for this entry is 1672.

Other nearby markers. At least 8 other markers are within 9 miles of this marker, measured as the crow flies. Edmundson-Fox Memorial (approx. 0.6 miles away); John Harvey (approx. 0.8 miles away); George Durant 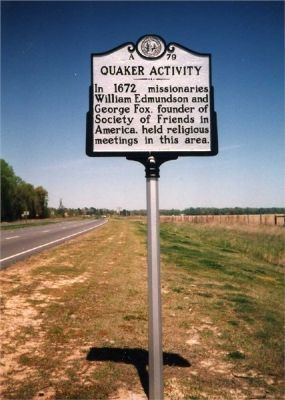 More about this marker. Research for marker done by James Edward Edmundson, a direct descendant of William Edmundson.