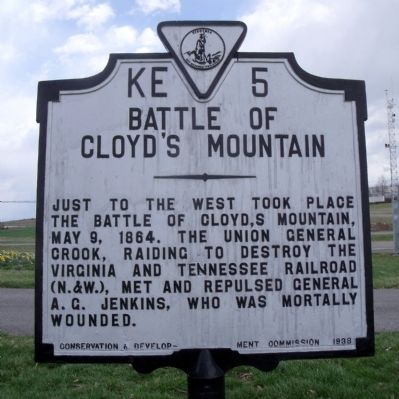 Just to the west took place the Battle of Cloyd's Mountain, May 9, 1864. The Union General Crook, raiding to destroy the Virginia and Tennessee Railroad (N.&W.), met and repulsed General A. G. Jenkins, who was mortally wounded.

Other nearby markers. At least 8 other markers are within 6 miles of this marker, measured as the crow flies. New Dublin Presbyterian Church (approx. 0.3 miles away); New River Ordnance Plant (approx. 2 miles away); a different marker also named Battle of Cloyd’s Mountain (approx. 3.3 miles away); Water Works — 1870 (approx. 3.7 miles away); First Court House 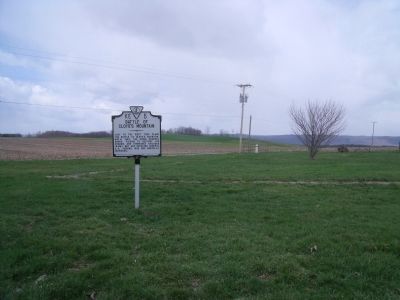 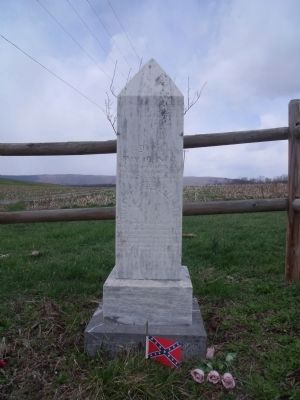 By Bernard Fisher, April 2, 2011
4. Grave of Capt. Christopher Cleburne
Capt. Cleburne, brother of Confederate General Patrick Cleburne, was mortally wounded during the Battle of Cloyd's Mountain. His dying wish was to be buried on the battlefield (the grave has been moved about 35 yards from its original location). 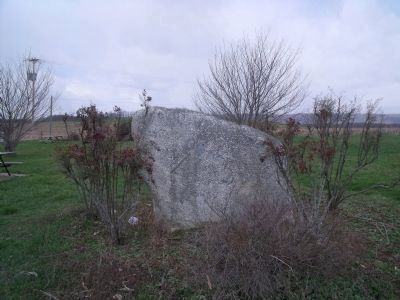 By Bernard Fisher, April 2, 2011
5. Nearby marker with missing plaque
More. Search the internet for Battle of Cloyd's Mountain.