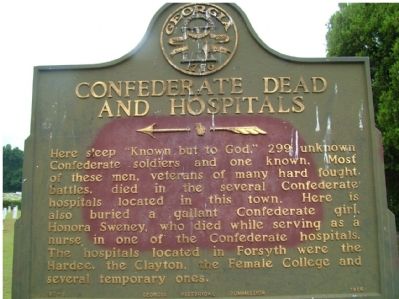 Photographed By Donald D. Daniel, June 25, 2006
1. Confederate Dead and Hospitals Marker
Inscription.
Confederate Dead and Hospitals. . Here sleep "Known but to God," 299 unknown Confederate soldiers and one known. Most of these men, veterans of many hard fought battles, died in the several Confederate hospitals located in this town. Here is also buried a gallant Confederate girl, Honora Sweney, who died while serving as a nurse, in one of the Confederate hospitals. The hospitals located in Forsyth were the Hardee, the Clayton, the Female College and several temporary ones. . This historical marker was erected in 1956 by Georgia Historical Commission. It is in Forsyth in Monroe County Georgia

Topics and series. This historical marker is listed in these topic lists: Science & Medicine • War, US Civil. In addition, it is included in the Georgia Historical Society series list.

Location. 33° 1.877′ N, 83° 56.161′ W. Marker is in Forsyth, Georgia, in Monroe County. Marker is on Newton Memorial Drive east of South Lee Street (Georgia Route 42), on the right when traveling east. Touch for map. Marker is in this post office area: Forsyth GA 31029, United States of America. Touch for directions.

Other nearby markers. At least 5 other markers are within walking distance of this marker. Georgia Militia at Forsyth (approx. ¼ mile 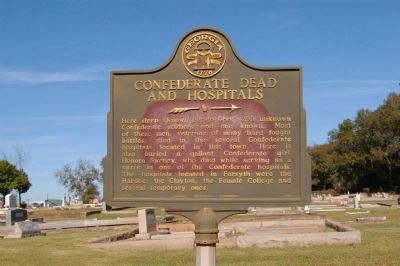 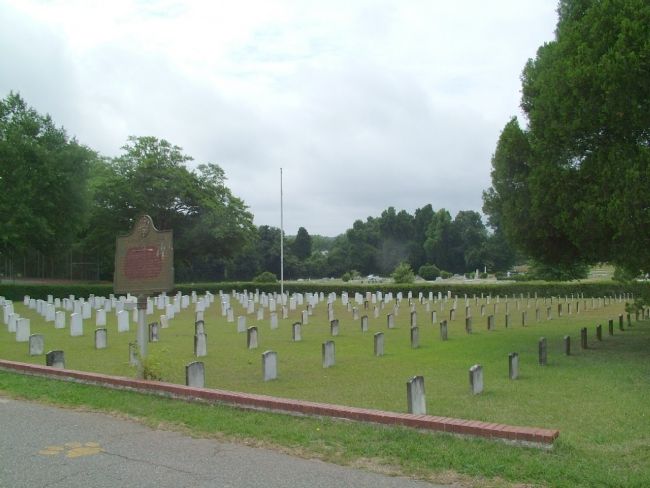 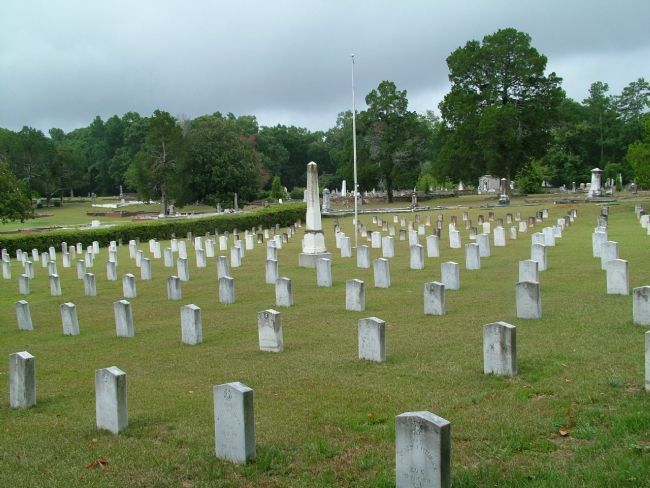