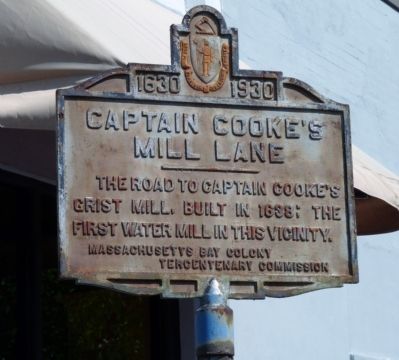 The road to Captain Cooke’s grist mill, built in 1638; the first water mill in this vicinity.

Topics and series. This historical marker is listed in these topic lists: Colonial Era • Roads & Vehicles. In addition, it is included in the Massachusetts Bay Colony—Tercentenary Commission Markers series list. A significant historical year for this entry is 1638. 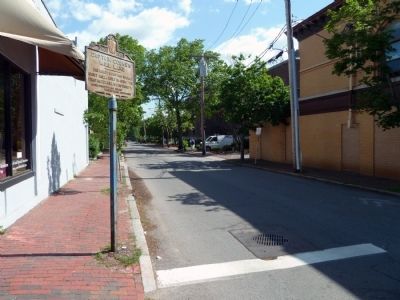 Regarding Captain Cooke’s Mill Lane. Capt. George Cooke lived in what is now Arlington, Massachusetts, from 1635 to 1645. Here he owned more than 500 acres and built his water-powered grist mill. After returning to England, he served as an officer in Oliver Cromwell’s army and died during a battle in Ireland in 1652.

The mill no longer exists, but the History of the Town of Arlington (Boston, 1880) by Benjamin and William R. Cutter makes clear how important it was to the local economy (see the link below). Note that in the 17th century Arlington was known by other names, such as Menotomy or West Cambridge. What was originally called Captain Cooke’s “mill-lane” is Water Street today. 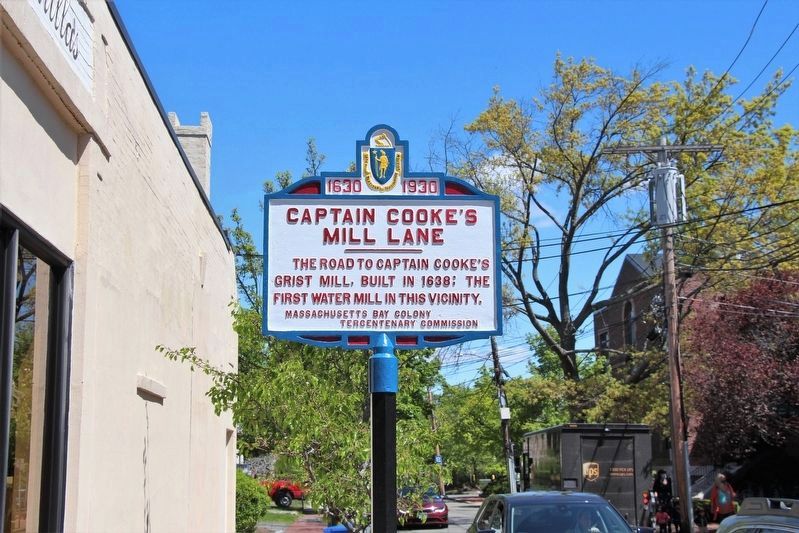 Photographed By Stephen St. Denis, May 11, 2021
3. Captain Cooke’s Mill Lane Marker
The marker was recently restored and is in the same location.
Tercentenary Commission, commemorating the 300th anniversary of the Massachusetts Bay Colony. (Submitted on June 2, 2011, by Roger W. Sinnott of Chelmsford, Massachusetts.)