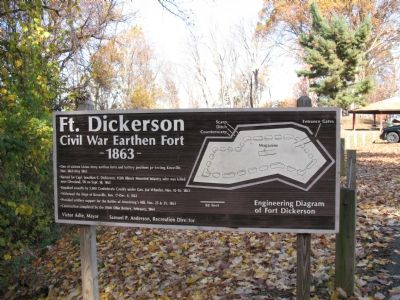 Topics and series. This historical marker is listed in this topic list: War, US Civil. In addition, it is included in the Battlefield Trails - Civil War series list. 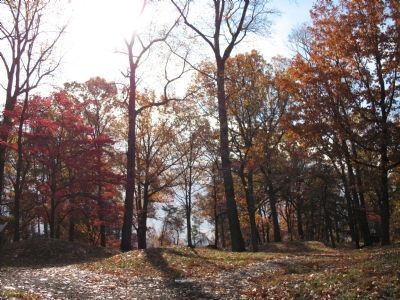 By Laura Troy, November 23, 2007
2. Entrance to Fort
, on the left when traveling north. Touch for map. Marker is in this post office area: Knoxville TN 37920, United States of America. Touch for directions.

More about this marker. Marker has a large Engineering Diagram of Fort Dickerson.