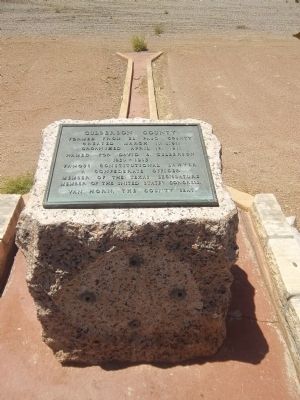 Photographed By Zacharias Beau T, May 17, 2011
1. Culberson County
Sadly a cast iron Great Seal of Texas was taken from the monument/marker.
Inscription.
Culberson County. . Formed from El Paso County; Created March 10, 1911; Organized April 18, 1911; Named for David B. Culberson 1830-1903 famous constitutional lawyer, a Confederate officer, member of the Texas legislature, member of the United States congress; Van Horn, the county seat. . This historical marker was erected in 1936 by State of Texas. It is Near Van Horn in Culberson County Texas

Topics and series. This historical marker is listed in these topic lists: Patriots & Patriotism • War, US Civil. In addition, it is included in the Texas 1936 Centennial Markers and Monuments series list. A significant historical date for this entry is March 10, 1839.

Regarding Culberson County. Culberson County is one the majority of Texas counties named for Confederate veterans. Culberson County has the highest elevation in the state-Guadalupe Peak 8,749 feet above sea-level. Culberson served in the field as Lt. Colonel and Colonel of the 18th Texas infantry. Served in Tennessee, Alabama, and Mississippi. Col. Culberson later served to the war's end in Texas as Adjutant Inspector. He is buried in Oakwood Cemetery, Jefferson, Texas. 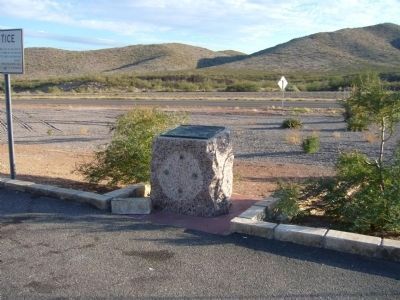